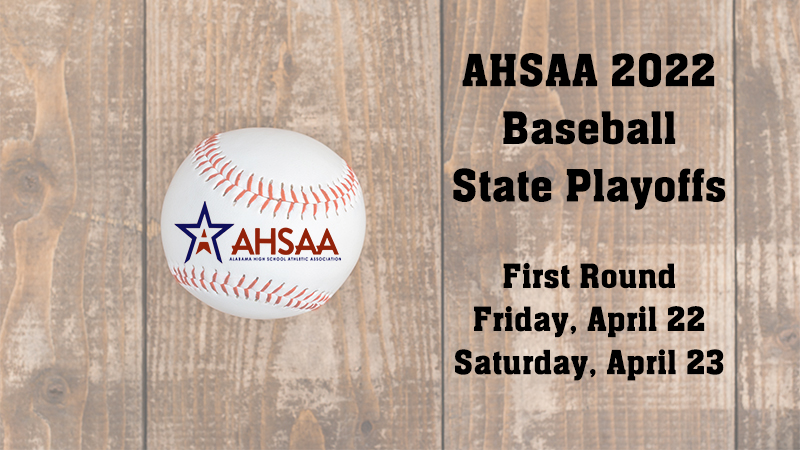 Five county teams will compete in the first round of the AHSAA State Baseball Playoffs with a scheduled doubleheader Friday, April 22 and a single game Saturday, April 23 if needed. Each series will be played in a best-two-of-three format.

With four teams hosting and five county schools competing, the first round of the state baseball playoffs will begin Friday, April 22.

The champions and runners-up in all areas 1A-6A will advance to the first round at the home site of the area winners according to a pre-drawn bracket for each class. Play is double elimination in a best-two-of-three series. All area runners-up will travel for the first round.

The county’s first-round schedule is as follows:

First-round winners will advance to the second round scheduled for Friday, April 29, and Saturday, April 30.