Baseball playoffs resume this weekend with second round 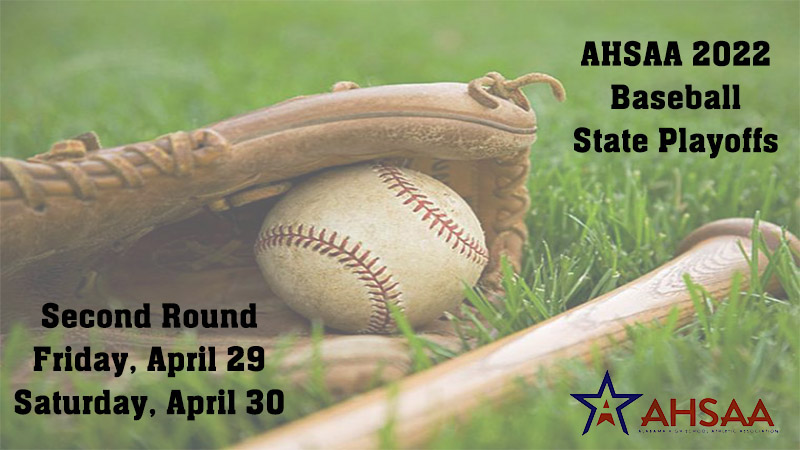 Four county teams will compete in the second round of the AHSAA State Baseball Playoffs with a scheduled doubleheader Friday, April 29 and a single game Saturday, April 30 if needed. Each series will be played in a best-two-of-three format.

Four teams remain alive after surviving the first round of the state baseball playoffs and will compete in second-round action Friday, April 29.

Play is double elimination in a best-two-of-three series.

The county’s second-round schedule is as follows:

Second-round winners will advance to the quarterfinal round scheduled for Friday, May 6, and Saturday, May 7.