CAC brings Three on a String to concert 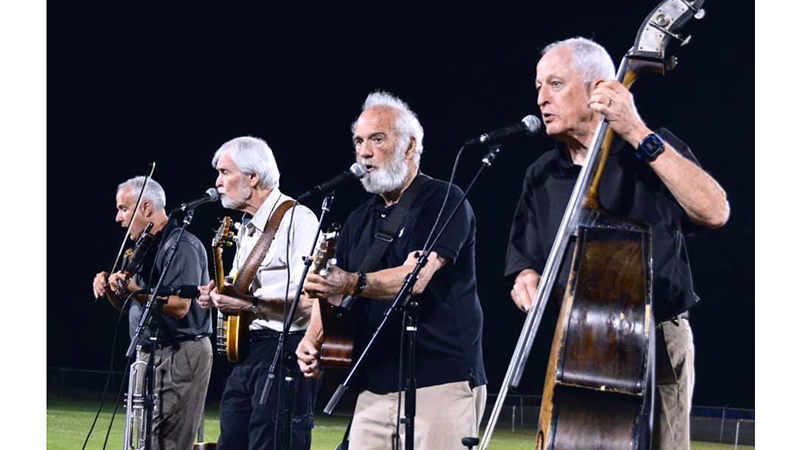 Three on a String will perform Saturday at the Dixon Center for Performing Arts. (SUBMITTED PHOTO)

The musical band Three on a String will be in Andalusia to perform this weekend at the Dixon Center for Performing Arts on Saturday, April 30 at 7:30 p.m. The Covington Arts Council is sponsoring the event.

“We have had requests from people in the community to bring ‘Three on a String’ because they have seen them and heard them in other towns. They were here in the 1980s and 1990s before the Arts Council came to be. We decided to bring them back for a community concert in Andalusia this weekend. They are excellent and wonderful musicians. They are from the Birmingham area and older but still just as much fun when they were younger and just as good as they were,” said Arts Council Executive Director Paula Harr.

Jerry Ryan, Bobby Horton, Brad Ryan, and Andy Meginniss make up the band, which celebrated 45 years in the entertainment business in 2016. Jerry Ryan and Horton performed as a duet for a show in 1971. Three on a String was born when Brad Ryan joined the group as a bass player. Meginniss was part of the band until 1985 and then left. He rejoined the group in 2013 and has written several songs the group performs.

“Some personnel changes and lots of one-nighters eventually evolved into performances with symphony orchestras in several states including a nine-city tour with the Alabama Symphony, opening for Bill Cosby, Red Skelton, Barbara Mandrel, Jeff Foxworthy, George Lindsey, Ray Stevens, and many more top stars. Add in concerts for art councils, Chambers of Commerce, Landmark Theatres, and city celebrations and you have a busy schedule for these veteran entertainers,” a Three on a String release stated.

Horton has also worked with the Public Broadcasting Service on at least 10 documentaries, while also touring with the band. Plans were to have to band perform locally two years ago before the pandemic.

Tickets are available for purchase at Harold’s Home or at the door on Saturday. They are $20 for adults and $12 for students.

“This group plays a little bit of everything from bluegrass to pop. This is a family show, and we invite everyone to come out as a family and enjoy some great music,” she added.