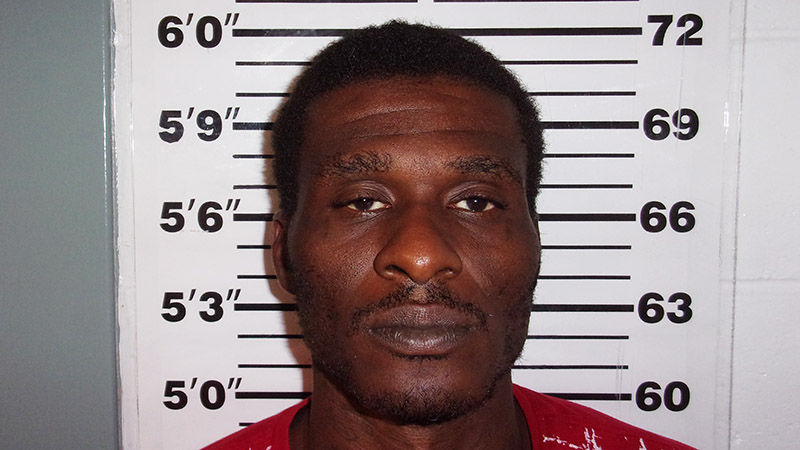 An Andalusia man was sentenced Friday to life in prison under Alabama’s Habitual Felony Offender Act.

Joe Mitchell Dorsey, 39, of Andalusia, was found guilty during a March trial of first degree promoting prison contraband.  Circuit Judge Charles “Lex” Short presided and sentenced Dorsey to a term of life imprisonment for the conviction, after noting that Dorsey’s nine prior felony convictions “left little choice” in handing down the life in prison sentence, according to a Covington County District Attorney’s Office statement.

Trial testimony revealed that Dorsey was an inmate at the Covington County Jail on April 5, 2020, when he began acting out within his cell block. When approached by corrections officers to attempt to diffuse the situation, Dorsey waved a shank (a homemade knife) and threatened to kill the next officer that entered through the cell block door.

According to the district attorney, corrections officers called for assistance from Sheriff Blake Turman and his deputies, and a host of law enforcement officers responded to the jail that Sunday.  A team entered the cell block with Dorsey in order to take control of him and de-escalate the situation with other inmates. Dorsey was restrained and removed from the cell block, eventually telling officers they could find the shank within his mattress.  The shank was made from a broken piece of chain link fencing, filed down to a point, with a handle made from black heavy duty plastic. Sheriff Turman and other officers testified at trial that the situation was volatile and someone — either Dorsey, officers, or other inmates — could have been harmed because of Dorsey’s actions.

The case was prosecuted by Assistant District Attorney Nikki Stephens.

“Sheriff Turman and his deputies are to be commended for their quick response in defusing a dangerous situation and for their continued vigilance in seeking to keep weapons like this out of the jail. Joe Dorsey has proven time and time again that he has no regard for those around him, for the law, for anything or anyone but himself,” Stephens said.

District Attorney Walt Merrell expressed his thanks for the work that Stephens did at trial, for Sheriff Turman’s willingness to pursue prosecution for crimes occurring at the jail, and to each of the deputies and corrections officers that played a part in the case or resolving the incident at the jail.

“At some point, we have to decide whether a defendant can be, or even wants to be, rehabilitated, and Dorsey has proven that either he cannot or does not want to be rehabilitated in the least.  Accordingly, prison is the best place for him, just as it has been time and again before now,” Merrell said.

“Dorsey is the perfect example of why letting an inmate out of prison early is dangerous for everyone,” Merrell said. “He was supposed to serve 20 years but was released after serving just a fraction of that time. Because of that, he was able to stab another inmate and threaten to kill these officers — while he should have still been in prison. We have a sheriff willing to police the jail and I appreciate that he doesn’t tolerate this sort of behavior. I likewise appreciate the sentence given by Judge Short as it reinforces the efforts Sheriff Turman has made in that regard.”