A former police chief for the City of Brookside, Alabama was arrested Monday in Covington County for allegedly impersonating a peace officer. 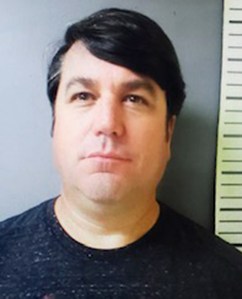 Jones’ arrest came after a traffic stop in Covington County on April 12 when Jones allegedly used his police badge in identifying himself as Brookside’s police chief in an attempt to avoid traffic tickets. Jones left the Brookside Police Department earlier this year due to pending investigations by the Attorney General’s Office and the Alabama Peace Officers’ Standards and Training Commission, Alabama’s law enforcement credentialing authority.

“It’s more important now than ever before that law enforcement maintain high levels of professionalism and integrity,” Sheriff Turman said. “In this case, we had a young deputy that was trying to be respectful to a supposed veteran officer and gave him a break.  But Jones was not the chief at Brookside when he held himself out to be, using deception to disrespect that young deputy. The deputy has since also issued a speeding ticket to go along with the impersonation charge. This remains an active investigation and no further comments will be made at this time.”