Pleasant Home and Straughn both fell short in the second round of the AHSAA state baseball playoffs and ended the season Friday, April 29. 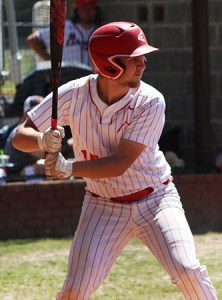 The Eagles (13-13) were unable to get any offense going and lost to Sweet Water twice.

Game 1: Sweet Water 11, Pleasant Home 0
Josh Hawkins and Landon Kelley recorded the only two hits of the game for PHS. Hawkins had a single, while Kelley hit a double. Mason Anderson started the game on the mound and pitched 2 1/3 innings, allowing eight hits on eight runs. Frank Gafford pitched the final 1 2/3 innings in relief and gave up two hits on three runs (two earned).

Game 2: Sweet Water 11, Pleasant Home 2
Pleasant Home held a 2-1 lead after three innings before Sweet Water pulled away and earned the sweep. Hawkins was 2-for-3 with a walk and also scored a run. Anderson went 2-for-4, and Nathan Fowler finished 1-for-2 with a walk. Ethan Curry had a 1-for-3 showing, and Brody Griffin went 1-for-4. Hawkins threw six innings and allowed 14 hits on 10 runs (nine earned) while striking out two. Ty Clark pitched the final inning and gave up one hit on one run, striking out two. 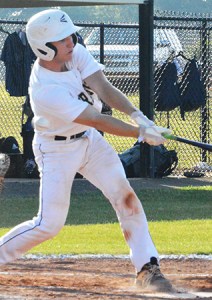 The Tigers (15-10) faced a difficult time and dropped a pair of contests to Montevallo.

Game 1: Montevallo 6, Straughn 5
Straughn held a 4-1 lead and came up short in the first game despite picking up 12 hits. Saxby Radford was 3-for-3 with a run scored. Zayd Rogers, Cal Ashberry, Emory Melvin, and Eli Guilford each went 2-for-4 for the Tigers. Guilford hit two doubles and collected three RBIs, as Clark Gay finished 1-for-3. Ashberry pitched a complete game and allowed six hits on six runs (four earned) while striking out six.

Game 2: Montevallo 14, Straughn 1
The Bulldogs had a 3-1 lead and closed out a mercy-rule win with seven runs in the fourth inning and four in the fifth. Rogers was 1-for-1 with a walk. Ashberry went 2-for-3 with an RBI, while Radford and Eli Guilford each finished 1-for-3. Gay scored the only run of the game for SHS. Abram Guilford started on the mound and threw four innings. He gave up five hits on 10 runs (seven earned) and struck out four. Gay pitched the final inning and allowed four hits on four runs and struck out two.