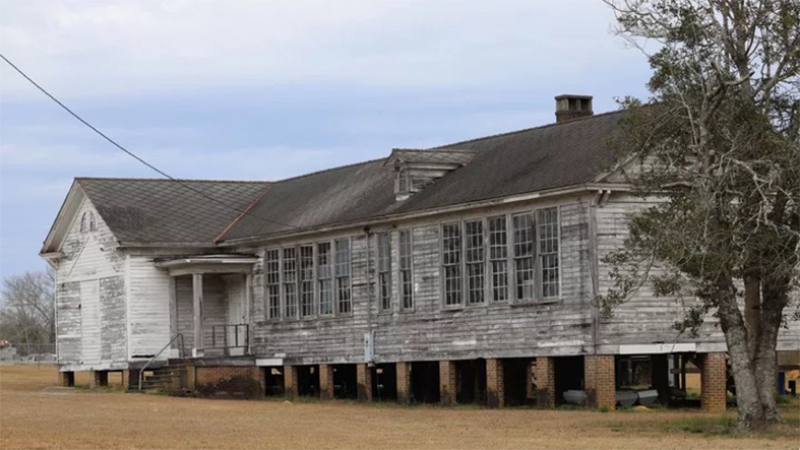 Recently I attended an afternoon wedding at the Judson Baptist Church with the reception being staged across the road at the Stanley School on the Florala Highway. Miss Tessa Worley was the local bride. She met and married a handsome boy she met at the University of Alabama. Tessa and her sister Macey were chorus students at Andalusia High School not so long ago. 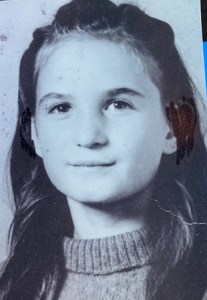 Avis Carroll Bass was a student at the former Stanley School.

At the lovely reception over at the school house, there was much talk of the history of the school. John Powell and Harold Elmore who were present especially remembered this and that. A few days later this information led to a discussion on the WAAO Radio Morning Show. A Red Oak and Stanley Community listener, former Stanley School student, phoned me with so many memories of the school, I told her to write all of it down and send it to me. I want to share these precious memories of hers with you readers.

“I was born and raised in Covington County into a farm family of seven kids. We lived in the Enon Community near Cravey Bridge on the Yellow River in an area where everyone knew their neighbors and all got along well.”

“We all loved, laughed, and worked hard and spent our spare time camping, fishing, and swimming in Yellow River, Blue Lake, and Open Pond where we enjoyed family and friends.”

“Some of my most fond memories were spent at the little country school with five rooms on Highway 55 South, the Stanley School. That little school still stands there today. Even though it’s well worn, I hear it is used for community events.”

“I will share some of those memories. My family lived off the main road so we had to walk a ways to the bus stop. We didn’t mind though since the Peterson boys who lived across the pasture walked with us. Our bus stop was a huge gate going into Mr. Willie Johnson’s pasture or field. We would draw pictures in the sand with sticks or maybe sing as we waited for the bus to arrive. Mr. McGlaun or whoever was driving on that day was patient with us as we climbed aboard and off to pick up other kids. There was a bus full until we reached school.”

“Our school was white with a green lattice skirt all the way around. If my big sis who worked in town dropped us off, it was usually be early and before the bus arrived. My other sister and I would sit on the front steps until they all arrived. Two older boys, Edward and Anthony Elmore came early to build fires in the huge heaters in each room. Those heaters used coal or wood. My daddy sold wood to the school. The coal pile was out back where our ‘Class Clown’ Harold Elmore would stand on the coal pile and tell us jokes. The kids got a kick out of him! Sometimes he was cute in class and had to stand in the corner! I don’t remember any bad kids, just playful ones.”

“The hand held bell would ring and class would start. My first grade teacher who lived near the school was a mother-like person, Miss Mable Pittman. When we went out for recess to play, Miss Mable as we called her would always sit in the shade of the building with a lap full of papers to grade, but she always watched over us.”

“When play was over, it was time to go to the restrooms before going outside. The girls’ restrooms were outside across the playground near the Judson Cemetery. The boys knew the ditch was the boundary. No boys across the ditch! Their restrooms were down behind the school.”

“We didn’t have playground equipment like some schools had – slides and swings. Among our games were jump rope, dodge ball, tag, hop scotch, etc. Always the teacher would choose a student to be in charge of the ball or the jump rope. In the front yard was a huge tree where we dusted the erasers. There were chalk boards in the class rooms. Our drinking fountain was a long pipe with holes a few inches apart where the water flowed out of those holes.”

“There were three classrooms. From the front door, to the right was the first and second grade; turn left and there was the fifth and sixth grade room; down the hall and to the left was the third and fourth grade. We had old fashioned desks that sat in a row not tables and chairs like now. One boy would occasionally lean over and pretend to get papers while at the same time stuff his mouth with red hots. Sometimes he would get caught and we would all laugh.”

“We had a lunch room back of the first and second grade room. Our lunch room tables were long and had blue checkered tablecloths (I think) and had benches. My big brother told me that when he and my other older siblings attended there, the lunch room was a class room and kids carried their lunch. Later there was a lunch room, and the cook was Mrs. Barton who lived across and down the road a little in a green house. Her daughter would always bring candy suckers and pass them out to the kids. Mrs. Barton was such a good cook. She made delicious peanut butter candy – yum! Each morning, the students would go down the back steps and up the lunch room steps for our glass of orange juice.”

“There were no snacks so sometime the teachers would let us older kids go up the road to Chum Maddox (Miss Winnie Mae’s) Store and get snacks. Years later, I heard that they put a snack place in the hall. “

“There was no stage or auditorium so when we had a play to perform, the teachers would fold the wall of folding doors back between the 3rd and 4th grade and 5th and 6th grade rooms to make one large auditorium. The performers would come out of the cloak room. Those cloak rooms were long and narrow. There was a long shelf to put things on with hooks for the coats under the shelf. I remember during one play, I came out and sang and Carlos Powell played a most uncharacteristic character, Jessie Dreadit, someone who always dreaded doing any work! (That was not him!)”

“It was always fun when the teacher would let me take up papers and pass out books as well as do other things for her. Life was fine until one day my daddy bought a farm near Huckaville Shopping Center (now a tractor or car place) half way to Florala, and I had to start attending W. S. Harlan School. The teachers and kids, too, were nice, but it was not the same to me as my friends at Stanley. (It is hard when a student changes schools.)”

“Today when I pass by the old Stanley School building, some of those memories come flooding back in my mind. I can still see and hear those kids running and playing. “

“Today, I am a mother of three daughters, five grandkids, and three great grandkids. Three of mine are teachers, and I often tell them stories of that little country school which sits south of Andalusia that I was so fortunate to attend as a little girl.”

“Today I know of at least two teachers who are buried beside the school in the Judson Cemetery – Miss Mable Pittman and Winnie Mae Maddox. Other teachers that I remember in addition to those two were Marie Sightler, Shirley Cockarah, Dudley Johnson, a principal, Fred Cutchen, a principal, and Winnie Cutchen, principal’s wife. There were others through the years.”

“Some bus drivers in my day were E. G. McGlaun, Kennith McGlaun, Virgil McGlaun, and Comer Black. One of those bus drivers we called ‘Peg Leg’.”

“The school closed not long after my family moved away.”

Readers, this story will be continued in next week’s column. More delightful information about this school will be shared based on some interviews from other alumni of the school and from old newspaper accounts. Contact me if you have additional remembrances. Thanks to Avis Carroll Bass for her sweet story that many, I am certain, will enjoy. Her teachers would be so very proud of her!

In February 2022, an article appeared in The Andalusia Star News about a fundraiser underway to save the Stanley School structure in an effort to make additional repairs. A GoFundMe account has been set up to help preserve the building. Maybe some kind of event can be held this summer to help save this historic structure and significant landmark in Covington County.