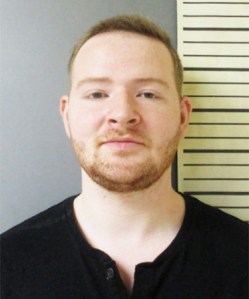 Christopher Lee Bramble, 21, was arrested after the Covington County Sheriff’s Office’s Criminal Investigations Division learned of the inappropriate behavior and initiated an investigation. The investigation revealed that Bramble engaged in sexual activity with an inmate on two separate occasions.

According to Sheriff Blake Turman, Bramble was immediately terminated as a correctional officer. He has been booked into the county jail where he is being held on a $100,000 bond. Custodial sexual misconduct is a Class C felony.

“Correctional officers are held to the same standards as law enforcement officers,” Turman said. “Much has been said about the employee turnover rate; however, it is my position that I would rather be short staffed than ignore crimes, policy violations, and/or employee misconduct such as this. Not all employee misconduct or subpar performance results in a criminal charge, but I will continue to ensure that Covington County has the best deputies and corrections officers available by maintaining a high standard of conduct. As sheriff, I will always take necessary action when employees violate these standards.”