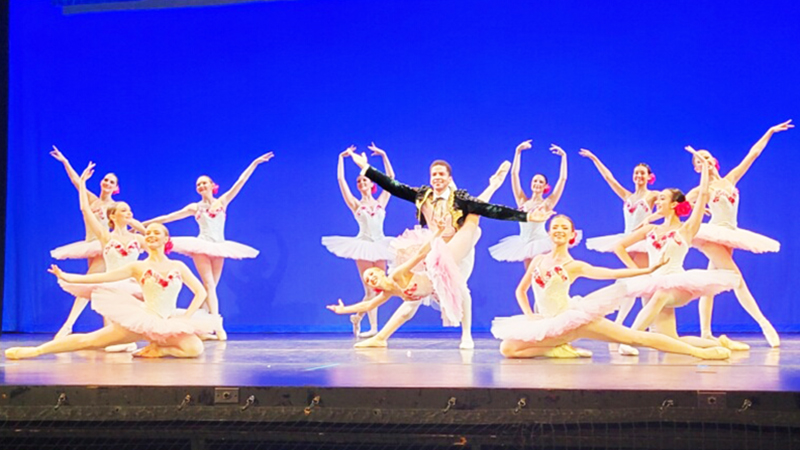 Andalusia Ballet will hold its annual spring ballet concert this weekend. Tickets are $15 for general admission and will be available at the door Friday, May 13, and Saturday, May 14. (PHOTO BY SYDNEY GERHART)

Andalusia Ballet will celebrate spring with their annual Spring Ballet Concert this weekend and feature excerpts from two classical ballets along with an original work staged by Artistic Director Meryane Murphy and choreographed by Murphy and Ballet faculty.

The Ballet’s Senior Company dancers along with guest dancers Ariana Czernobil and Andrés Castillo will perform the Spanish-flaired Grand Pas Classique from the ballet Paquita. The Grand Pas Classique is considered to be a cornerstone of classical ballet and is staged by ballet companies around the world. Paquita is set in Spain during the occupation of Napoleon’s army and tells the love story of a Paquita, a young Romani girl, and Lucien, a French officer. Czernobil and Castillo who dance professionally with Alabama Ballet will portray the roles of Paquita and Lucien.

Audience members will be inspired by watching Andalusia’s own newly minted U.S. citizen José Soares and Alabama Ballet dancer Madison Ryan performing the beautiful Talisman Pas de Deux. In this ballet set in India, the goddess Niriti (Ryan) descends to earth wearing a talisman that will ensure her return to the heavens. Niriti loses the talisman to Noureddin (Soares), a young Maharajah, and in the process of trying to retrieve the talisman, the two fall in love.

Andalusia Ballet’s Spring Ballet Concert will be held on Friday, May 13, and Saturday, May 14, at 7:30 p.m. at the LBWCC Dixon Center for the Performing Arts.

Tickets are $15 for general admission and may be purchased at the door prior to each performance.