A work release inmate in Covington County rode off the job over the weekend, but was later found and taken back into custody in Holmes County, Florida. 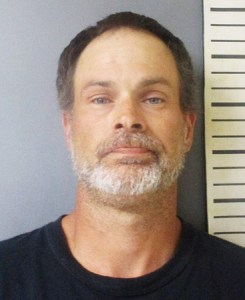 John Hunter Wood, 41, was on a work release program in Holmes County when he left the job site on a four-wheeler Sunday morning. The four-wheeler was later recovered under a wooden bridge off Roping Road.

K9 teams from Holmes and Walton Correctional Institutions were brought in and tracked Wood from under the bridge to the edge of a dirt road where the track was lost, possibly from getting a ride, officials said.

Law enforcement received calls that Wood was seen in Slocomb at a convenience store and that information was passed on to the Geneva County Sheriff’s Office.

Wood was later taken into custody without incident when he returned to the Roping Road area. He was taken to the Holmes County Jail.

Wood was originally arrested on April 7 in Covington County on a charge of carjacking with no physical injury.