The Opp Chamber of Commerce has announced that Kimberly Liles will be the 2022 recipient of the annual Dr. Jason Cain Memorial Award. 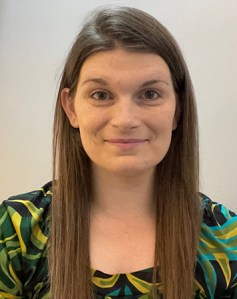 Liles was 12 when she and her family moved to Red Level from east Texas. The daughter of James Liles, she has resided in Andalusia for the past 17 years and has one son, 15-year-old Vincent. Before the birth of her son, Kim completed her studies in business administration, earning an associate degree. She worked at Shaw Industries for 13 years before deciding to change careers and enrolled in the nursing program at LBW Community College.

After two-and-a-half years of hard work and dedication, she graduated from LBW Community College with an associate degree in Nursing in May 2022.   Kim was honored with the Nightingale Student Award by her instructors and is now being honored with the Dr. Jason Cain Memorial Award from the Opp Chamber of Commerce.

“Education is the fuel of progress,” Liles said.

She and Dr. Cain also share another value: community. “My success is a product of this community,” she said.

In nursing school, she said every administrator and instructor at LBW provided her any tool they could to help her along the way, and Mizell Hospital and Andalusia Health nurses supported and guided her clinical education.  Andalusia Manor took Kim in as a nurse’s aide and she is now one of their charge nurses.

“I’m grateful for being chosen for this award, because it not only acknowledges my success, but also the triumph of the community that made my success possible,” Liles said.

She does not intend to end her learning journey any time soon as she plans to further her education by earning her bachelor’s and master’s degrees, then later her doctorate. After acquiring years of experience in the  nursing profession, she would like to teach nursing to a new generation of nurses.  Until then, she plans to work in this community.

“I want to help people when they are facing the most difficult times of their lives,” she said.

Liles expressed appreciation to Mrs. Robin Eckert MSN RN, Nursing Division Chair, and Jason Jesse, Dean of Student Affairs and Director of the LBW Andalusia campus, for recommending her for this award.  She also thanks the Opp Chamber of Commerce for honoring her with the Dr. Jason Cain Memorial Award, an award named after a community leader. Lastly, she expressed appreciation to her family and community for giving her the support and resources to accomplish her goals.

Liles will be presented with the Dr. Caine Memorial Award during the Opp Hall of Fame Banquet, scheduled for Thursday, June 23, beginning at 6:30 p.m., at the First Baptist Church of Opp Fellowship Center. Tickets are $30 per ticket and may be purchased (via exact cash or checks made payable to the Opp Chamber of Commerce) at the Opp Chamber of Commerce office located at 200 S. Main St.