Gibson recipient of ‘One of Opp’s Own’ Award 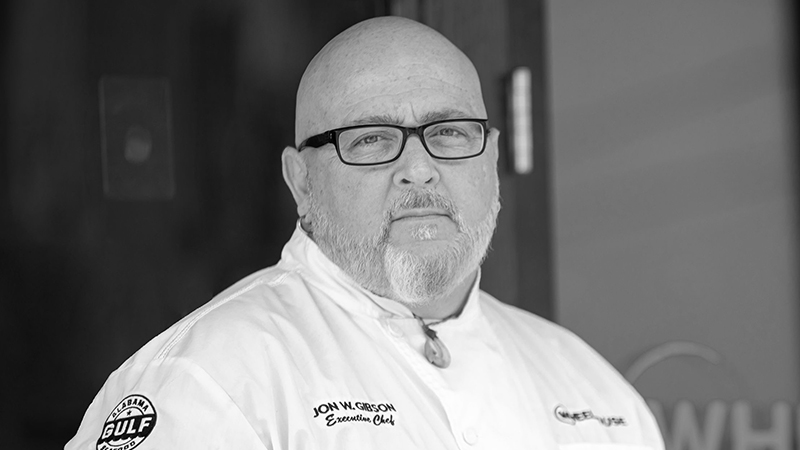 Chef Jon Gibson will be the recipient of the “One of Opp’s Own” Award to be presented during the Opp Chamber of Commerce’s annual Hall of Fame Banquet on Thursday, June 23. (PHOTO PROVIDED)

Chef Jon Gibson will be the recipient of the “One of Opp’s Own” Award to be presented during the Opp Chamber of Commerce’s annual Hall of Fame Banquet on Thursday, June 23.

Gibson grew up in Opp and is the son of Rodney and Mabel Gibson, also of Opp. He graduated from Opp High School and received a music scholarship to march with the “Sound of the South” Marching Band at Troy University where he majored in Criminal Justice and Psychology. After attending Troy University, Gibson returned to Opp where he attended LBW on a music scholarship and played with the LBW Ensemble, then transferred to Douglas MacArthur State Technical College to earn a drafting and design degree. While furthering his education and trying to find his niche in life, he was always drawn to the food industry, recollecting his first job at Hardee’s in Opp and then managing Domino’s Pizza in Opp and Andalusia.

Gibson’s life path took a detour into law enforcement when he began working for the Department of Defense and as a Deputy Sheriff in Illinois. He later moved overseas to Sicily, which started him back on the culinary road. While in Sicily, he worked for NAS Sigonella as the Armed Forces Entertainment Coordinator and USO liaison with the local Sicilian Government. In this position, Gibson found he was fascinated with the cuisine. While overseas, Jon attended Scuola di Culinare in Rome, Italy, where he received his basics in Italian cuisine and also traveled to Lyon, France, to get an introduction to French cuisine.

After returning to the United States, Chef Gibson moved to Pasadena, California, to get a formal education at Le Cordon Bleu. There, he served as the Executive Chef of The Beachcomber Café at Crystal Cove and became a driving force in Californian Coastal and Southern Cutting-Edge Cuisine, being labeled “King of Coastal Cuisine” in Orange County.

Upon his return to South Alabama in 2011, Gibson’s Southern cuisine and passion for cooking earned him notoriety, being ranked 13th in the world as a World Food Championship Competitor and known from his appearances on “Beach Eats” with Curtis Stone on Food Network, “Beach Bites” with Katie Lee on the Cooking Channel, and on “Iron Chef.”

Additionally, he worked with Cat Cora at the L.A. Food and Wine Festival in Los Angeles. He has also made several appearances performing cooking demonstrations on national and local television.

In 2017, Chef Gibson was awarded Wild American Shrimp “Chef of the Year” and “Admiral for Advocacy” from the American Shrimpers Association for his hawkish approach of all local restaurants using domestic-caught shrimp. He is also recognized as a staunch Chef Advocate for the Monterey Bay Aquarium and the use of sustainable seafood and Alabama Gulf seafood. Gibson has worked with the NUISANCE Group as a participating chef and advocate for education and use of invasive species, fawn, and flora.

“I grew up learning how to cook from my mother and grandmother, but I never imagined I would one day be the Executive Chef at a restaurant in my hometown, Wheelhouse,” Gibson said.

Gibson will be presented the One of Opp’s Own Award during the Opp Hall of Fame Banquet scheduled for Thursday, June 23, beginning at 6:30 p.m., at the First Baptist Church of Opp Fellowship Center. Tickets are $30 per ticket and may be purchased at the Opp Chamber of Commerce office located at 200 S. Main St.