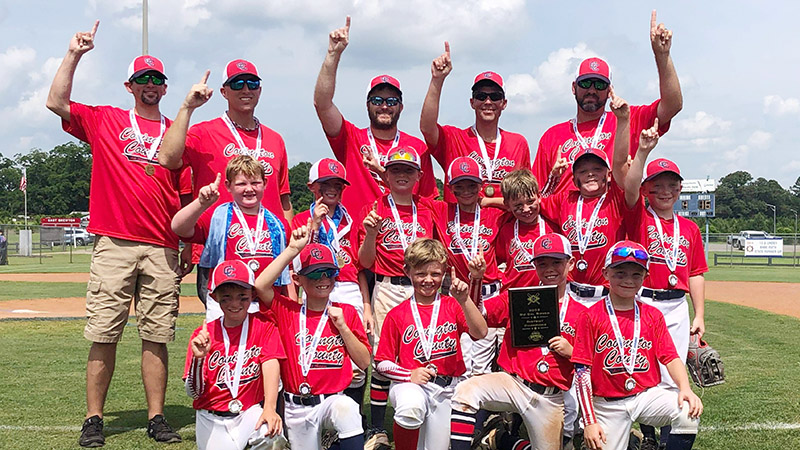 Covington County opened the tournament with an 18-3 win over East Brewton Friday, June 10, and then routed Opp, 12-0, Saturday, June 11. CC advanced to the title game with a 13-3 win against Brewton and knocked off Brewton for the second straight time, 16-3, to win the tournament Sunday, June 12.

“Our players showed up and showed out this weekend to earn the championship. Our coaches did a great job preparing them the last few weeks leading up to the tournament. The boys were coachable, and our parents were super supportive and did a great job of making this a special experience for those boys. They played tremendous defense, put the ball in play, and did an exceptional job running bases. The boys gave a total team effort, and I couldn’t be prouder of their effort this weekend. We are looking forward to the opportunity to represent Covington County at state,” Manager Daniel Rodgers said.

The Covington County 8U All-Stars will now turn their focus to preparations for the state tournament, which is scheduled for June 24-26 in Daphne, Alabama.