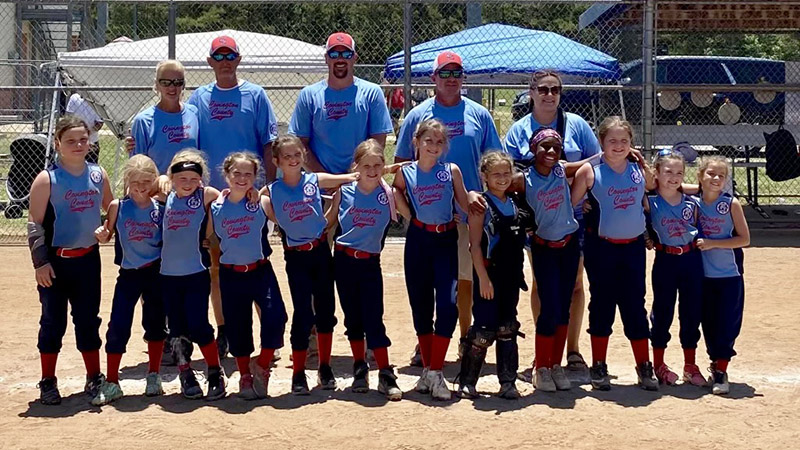 All teams played divisional games and teams with the best records made the final four.

Four teams from the area made it to the final four. Opp, Andalusia, Kinston, and Covington County represented their areas and the teams were evenly matched. 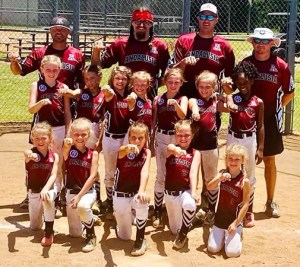 The Andalusia Babe Ruth 8U softball team finished as the runner-up at the state tournament held in New Site, Alabama. (SUBMITTED PHOTO)

Covington County edged Kinston in one semifinal game and Andalusia edged Opp in the other.

Covington County was able to defeat Andalusia in the championship game.

Covington County was led by Kennedi Williams with 13 hits in the tournament. E.K. Lolley had 12 hits and Natalee Nall, Ada Tucker, Hadleigh Snider, and Baeddan Scott each had 10 hits. Audie Carter, Paisley Steele, and Emma Driver each had seven hits. Chaney Hughes and EK Lolley each accounted for 11 defensive outs and Emily Jernigan accounted for eight from the shortstop position.

Natalee Nall had 30 total outs at first base. Raelynn House also had two hits including a triple.

The Covington County girls scored 63 runs in the tournament while giving up 26.

“Our girls played with grit and hustle and never quit. Most games were played in the middle of the day during the hottest part of the summer. They stayed hydrated and kept playing. We are still deciding on going forward,” said Covington County manager Rick Cochran.