Voters in Covington County and across the state went to the polls Tuesday to select candidates in the primary runoff election. 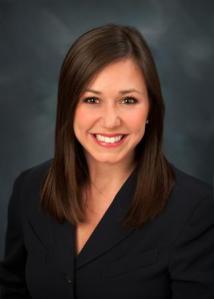 Katie Britt was chosen as the Republican candidate for U.S. Senate.

According to the Alabama Secretary of State’s unofficial statewide results, Katie Britt will move on as the Republican candidate for U.S. Senate, a seat that will be open after the retirement of longtime senator Richard Shelby. Britt will face Democrat Will Boyd in November’s general election.

The state also chose a Democrat challenger to Republican Kay Ivey for the governor’s seat as Yolanda Rochelle Flowers defeated Malika Sanders Fortier. Ivey claimed an outright victory over her challengers in the primary, setting up the contest between her and Flowers in November’s general election.

Wes Allen defeated Jim Ziegler in the Republican runoff for Secretary of State.

Andrew Sorrell will be the Republican candidate after defeating Stan Cooke in Tuesday’s primary runoff.

Covington County’s voting results were in line with the state to a large degree. In the Republican U.S. Senate runoff, Britt won big over Mo Brooks, taking almost 80 percent of the county’s total vote.

Among those voting on the Democrat ballot, Flowers easily defeated Fortier, claiming over 70 percent of the vote locally.

The closest contest for Covington County voters was on the Republican ballot for Public Service Commission, Place 1. Brent Woodall narrowly defeated Jeremy Oden, 51 to 49 percent. It was Oden that took the statewide vote though, 52 percent to Woodall’s 48 percent.