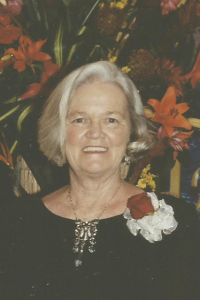 Diane was raised in Clayton, Alabama, and was the second daughter of Winn E. Martin and Louise Farrar Martin. Diane’s first marriage to Alphonzo Council “Count” Darling III of Andalusia, was blessed with four children: Dawn (Larry Jones), Alphonzo Council “Count” IV (Lisa), Wendy (Terry Wilfong), and Eve (Thomas Keough). Her second marriage, of more than 40 years, was to Swiss-American John Lichtensteiger. During their life together, they enjoyed traveling around the world. Diane’s search for spiritual understanding led her to the Church of Scientology. She was admired and respected for her commitment and skills as an instructor of the Church’s educational methodology.

There will be a private family gathering at a later date to celebrate Diane’s life. Diane was beloved by many.

In her memory, in lieu of flowers, a donation to Applied Scholastics Spanish Lake of Saint Louis, Missouri, would echo her life.