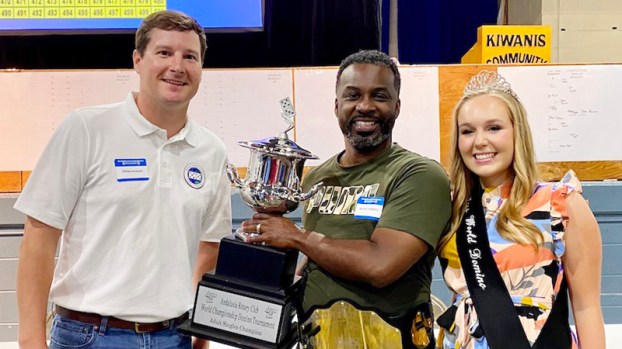 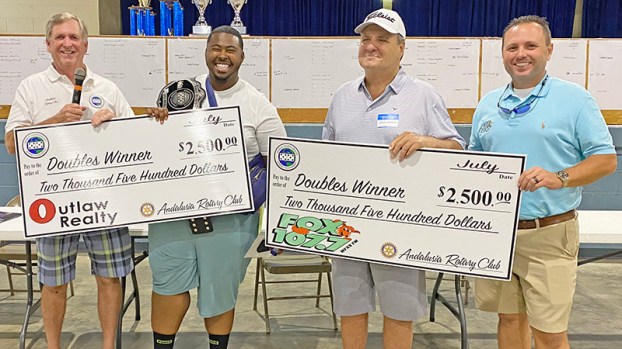 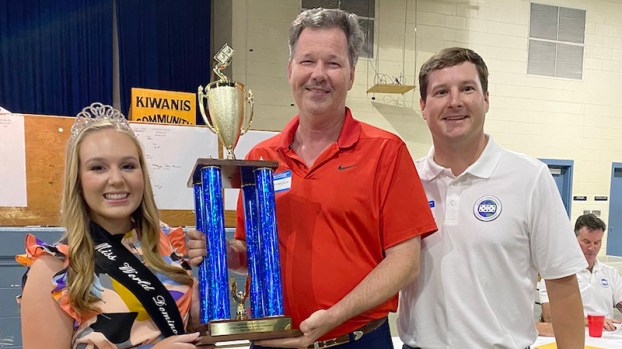 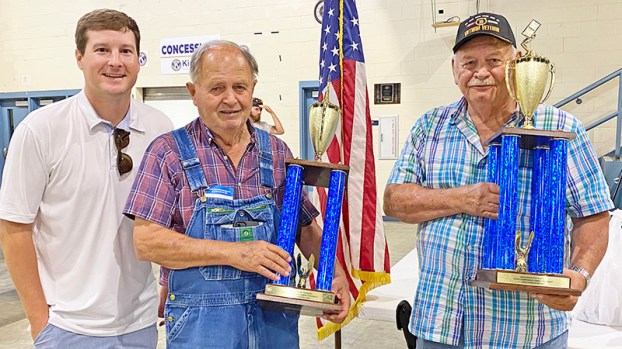 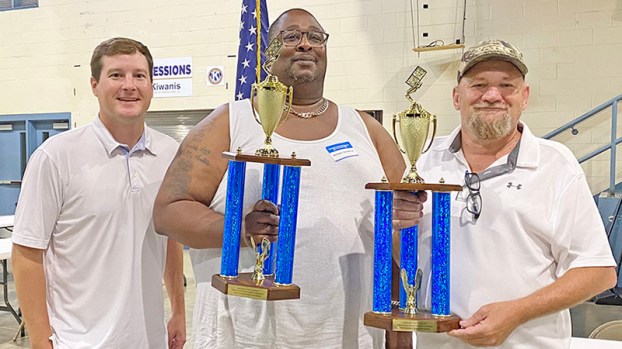 For the first time in the history of the Andalusia Rotary Club’s World Championship Domino Tournament, a father and son took home a championship trophy.

Rickey Rambo of Kansas City, Missouri, defeated former champion Bobby Wilson in the championship round of Friday’s singles competition to claim this year’s championship belt and trophy. He also took home a $5,000 check.

On Saturday, his son, Devin Rambo, also of Kansas City, teamed up with Lyndon Livingston of Kinder, Louisiana, to claim the doubles championship belts and trophies. They also won $2,500 each.

This marked the 46th year of the World Championship Domino Tournament, which began in 1976, and has continued each year except 2020, when it was canceled due to the pandemic. The club awarded $20,000 in prize money for the tournament, which follows a double-elimination format.