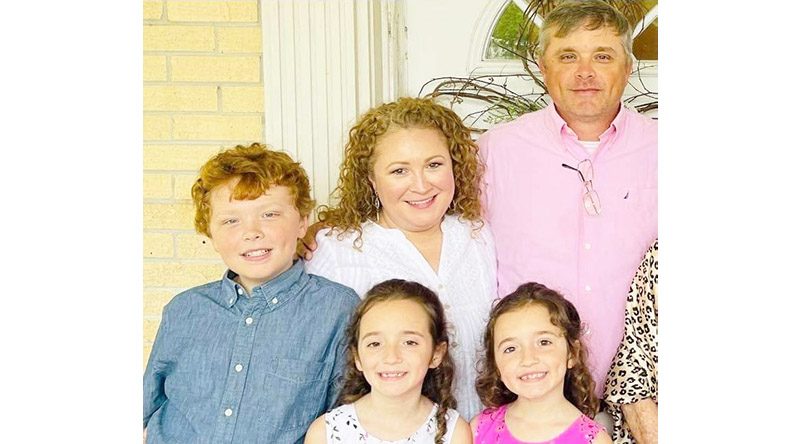 Kevin Madden is the new head baseball coach at Andalusia High School. He is pictured with his wife Tiffany and their three children: Turner, Violet, and Lillie. (SUBMITTED PHOTO)

With his knowledge of the game and storied success, Kevin Madden is looking forward to his new role as the next head baseball coach for Andalusia High School.

“I had talked with Coach (Tyler) Dent and knew there might be a possibility for the baseball position to come open. We are excited about the opportunity to come to Andalusia and be part of the Bulldog family. I spent three years playing summer baseball in Andalusia and with LBW and grew familiar with the expectations here. Andalusia has always had a high standard of excellence not only in athletics but academics, and I am blessed to have this opportunity. I am really looking forward to meeting the players and getting started,” Madden said.

“Just to be considered for the job means a lot to me. Andalusia has a great program with players that play hard. Coach Dent and his staff have built a strong program and established a winning culture. I am excited at the opportunity to continue working towards that,” he said.

In addition to his role as the school’s head baseball coach, Madden will teach history and driver’s education. He will also serve as an assistant football coach for the Bulldogs.

According to Madden, baseball coaches must have certain qualities to be successful.

“A good coach must show consistency, be fair, have organization, and practice efficiency. He also needs to be able to motivate his players to work and play hard. My vision for the baseball program at Andalusia is to continue what has been working hard already: hard work, dedication, and sacrifice. I feel the program is in great shape, and we want to continue to build on the foundation that has been laid already.”

He has a simple approach to keeping his players motivated and encouraged on the field.

“Baseball is a game of failure, and the key is to not let the game beat you. I was told a long time ago to never be satisfied no matter how good you played. When you become content, you get passed. There is always someone working right behind you,” he said.

He feels the weight room is very important for players if they want to be successful when facing their opponents.

“It develops toughness physically and mentally and gives players confidence within themselves. I have seen teams fall late from their bodies not being conditioned. Game day is the reward. All the hard work is put in for the opportunity to shine and be great on game day.”

Madden said he also believes having a strong community is crucial for the success of a program. “Programs can’t be run without support from the community. It’s all about the players, and they deserve every opportunity for their high school experience to be a positive and memorable experience.”

He is married to his wife Tiffany Madden of almost 13 years. They have three children: Turner, 11, and twins Violet and Lillie, 7. His first game at Andalusia will be in February 2023.

“My family and I are excited about the opportunity to be part of the Bulldog family and this supportive community. Go Dogs,” Madden said.