A longtime employee at Darby’s Pharmacy, and its first employee, Lela Jo Grace, passed away Saturday, July 23, at the age of 85. 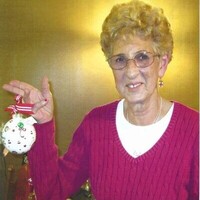 Grace was born in 1937 and was a graduate of Pleasant Home School where she participated in cheerleading and basketball.

She began her 50- year career as a pharmacy technician in the early 1960s at the Village Prescription Center with Pharmacist Frank Garner. She later worked at the same location under Danny Posey and continued on after Posey sold the business to Harco Drug.

In 1983, she joined Jerry Hall when he opened Corner Drug Store and went with him when the business merged with Big B. She remained there until CVS bought Big B/Revco. She worked again with Harco beginning in 1997 before joining the Darby’s Pharmacy staff in 1998, which is where she would stay for the remainder of her career.

Darby’s Pharmacy owner David Darby said Grace was a big key to the success and longevity of his business.

“When we decided to open our own store in 1997, Jo was the first person we sought to hire. From the beginning, she was more than just a technician. She, along with my wife, was the chief marketer. They would hand-write postcards to potential customers inviting them to our store. At night, she would go home and call people she had known throughout her career and ask them to try us out. She was loyal to a fault to her family and to me,” Darby said.

Well past the age when most would have retired, Grace continued to work a full schedule at Darby’s up until her death.

“Jo, of course, was dependable. Up until the last couple of months, you knew she was going to be there whenever we were open,” Darby said. “She continued to work 40 hours per week past her 85th birthday in January. She was truly a throwback to a different generation and work ethic.”

Darby said he and his family will always be thankful for Grace’s years of dedication to the business.

“I owe a great deal of the success that I have had to her because the people trusted her and were willing to give us a chance,” he said.