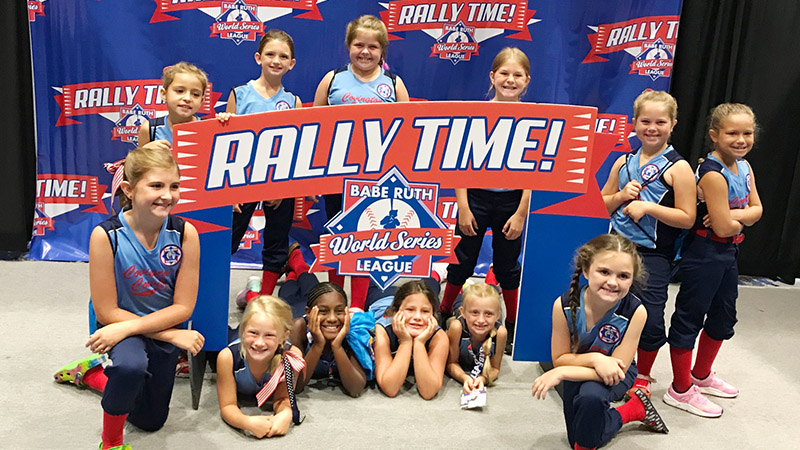 The 8U team from Covington County competed against teams from Indiana, Virginia, Kentucky, Georgia, Texas, North Carolina, Florida, Louisiana, Ohio, and Puerto Rico. The Covington County girls were able to compete against some of the best talent in the country. All teams wore USA jerseys to honor the country’s armed forces for most of the series.

Hadleigh Snider led the County team with 17 hits. E.K. Lolley had 16 hits and was chosen for the “All World Series Team.” Ada Tucker had 14 hits; Kennedi Williams added 13 hits and Emily Jernigan had 12. Natalee Nall and Audie Carter both had 11 hits. Paisley Steele and Emma Driver had nine hits each. Chaney Hughes had seven hits and Baeddan Scott had four. Raelynn House had two hits and two RBIs.

“Our girls competed well finishing fifth against some very good talent. Creeks Crushers from Jacksonville, Florida, won the series,” Covington County Manager Rick Cochran said. “Thank you to the great people of Covington County for making it possible for our girls to attend the World Series. Thanks to the many businesses in Andalusia and all over the county that sponsored us and to the many individuals who donated to our team or paid $5 for a cup of lemonade.”

Cochran also extended a very special thanks to Covington Eye Care in Opp for buying his team’s new uniforms and banner. “We were very proud to say that we were from Covington County, Alabama. May God bless you for your generosity.”