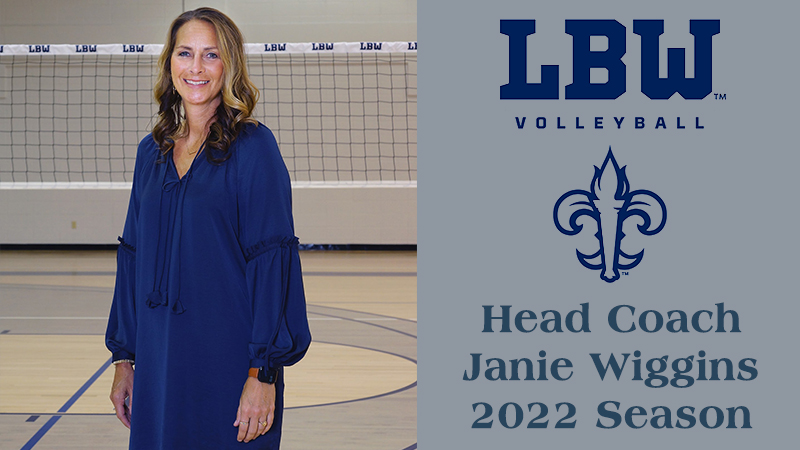 Volleyball is still new to LBW Community College, but the Saints are excited about taking the court for their second season under the direction of Head Coach Janie Wiggins.

“The team seems to be much more comfortable and less stressed going into season two. The returners were excited to get back on campus and reported in shape ready to work. It’s amazing how much they retained from last year. During our 1-on-1 sessions, they have also been very complimentary of the incoming freshmen and their potential,” Wiggins said.

The 2022 roster is made up of 16 players and includes eight returners from the inaugural season last year. There are nine sophomores and seven freshmen on the squad.

Wiggins added that the team’s focus for this season is becoming family.

“We realized last season the importance of the bond between teammates and made room for that in our preseason sessions. With this being at the top of the list, we feel like the remaining goals of success for our season on the court will fall into place. We fell a little short last season on making it to the ACCC Tournament at the end of the season, so we are striving for a seat at the table.”

September will be a road-heavy slate with eight of the first nine matches away from home. After a doubleheader at Lawson State and Bevill State on Thursday, Sept. 1, the Saints will host Bishop State Thursday, Sept. 8, at 5 p.m. The team then travels to Calhoun, Snead State, Huntingdon College, Coastal Alabama-South, Wallace State-Hanceville, and Gadsden State. LBW welcomes Enterprise State on Monday, Sept. 19, at 5 p.m. and then treks to the Magnolia State for non-conference matchups against Northwest Mississippi and Pearl River. Pensacola State visits the Seth Hammett Gymnasium on Monday, Sept. 26 at 5 p.m., before Wallace-Selma arrives two days later at the same time. The month ends Thursday, Sept. 29, at 6 p.m. against Coastal Alabama-East in Brewton.

Wiggins said the Saints are playing fewer tournaments this year. “The addition of two new conference teams gave us fewer dates available, so we decided to add Pearl River and Pensacola State to our schedule instead of additional tournaments. The tournament at St. Johns River will be a great indicator of where we are and what the focus needs to be on for the remaining practices leading up to the ACCC Tournament.”

Wiggins enters her 28th year of coaching and leads the Saints for the second straight season.

“The opportunity to coach at LBWCC for another year is truly a blessing. Once you experience being a part of this family, you can’t imagine being anywhere else but here. The administration and faculty are extremely supportive of our players on and off the court. I feel our entire athletic program is a priority and supported by our administration. With that being said, it makes my job of coaching and mentoring so enjoyable, and I couldn’t be happier,” she said.

According to Wiggins, there will be a few changes made this season. “We have some exciting features on our new media board in the gym that we are planning on incorporating into our home matches that will be super fun to watch. Make sure to come out to our home matches and support our ladies.”