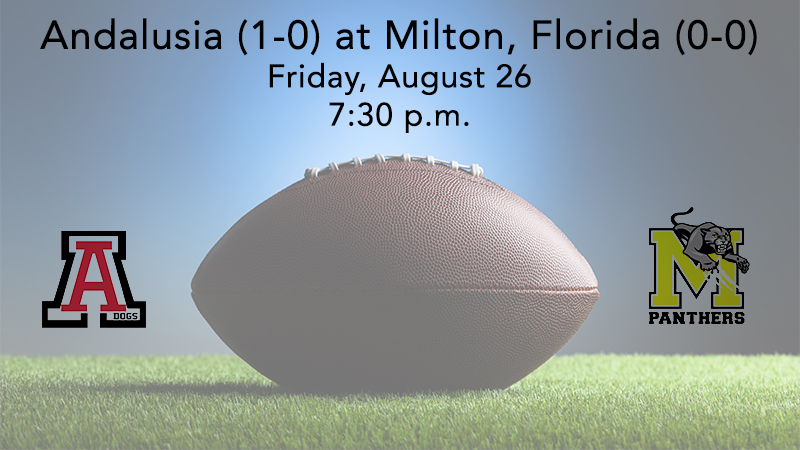 This will be the first-ever meeting between the Bulldogs and Panthers.

Head Coach Trent Taylor has an idea of Milton after watching their jamboree.

“They have a receiver as good as any we have faced around here possibly ever. He’s a Georgia commit and obviously has tremendous talent. At times, he looks like a man among boys out there and is a big kid. Their quarterback is a Miami commit, so he can certainly throw it around pretty well and has some athletic ability. I think they call him more of a pocket-type passer, and they have a good running game. Milton is one of those opponents that we like to have early in the year and will be good for us,” he said.

Taylor added that facing a challenge early puts the Bulldogs in the proper mindset of facing a quality opponent.

“Going down there to play on their turf makes it a little bit more challenging. We’re excited and don’t know how this new group is going to respond being on the road for the first time. We learned a lot about ourselves last Thursday night and are going to learn a lot more about ourselves this Friday night. Where we are geographically, it’s hard to find a lot of schools to play, and it’s not a bad trip.”

Last week, Andalusia took a 35-7 win over Opp at home. Although there were positives in the game, Taylor said there are still things to work on.

“Opp had a really good game plan defensively with shutting down the run. A positive was that Jack Lathrop started his first varsity game and performed up to everything we thought he was capable of and maybe more. It wasn’t just he balls he threw but also the boys in the pocket. Coach (Matt) Mellown and I were really impressed with that. Overall, I thought we were sloppy a bit, but that’s to be expected in the first game I guess. We had way too penalties and when you play good teams, you’re usually not going to be able to overcome those if you continue to have them. The only thing that kept us at bay was that Opp had a lot of penalties. Had that not been the case, we would have put ourselves behind the eight ball.”

Taylor feels Andalusia tackled well on and ran to the football on defense but also needs to work on special teams. “Putting a whole unit out there and going at it 11-on-11 is tough, so there were some miscues there. I was proud of Kolya Barton and thought he did a great job kicking off. That was also his first varsity start as a kicker, and we know he will get better as the year goes along,” he said.

The Bulldogs got back to work Monday and focused on this week’s game.

“Wins are tough to come by, and anytime you get one, you are certainly excited. We need to show up knowing there are a lot of things we can be better at and be ready Friday night at Milton,” Taylor said.