Florala hosts Red Level to kick off season, region play for both teams 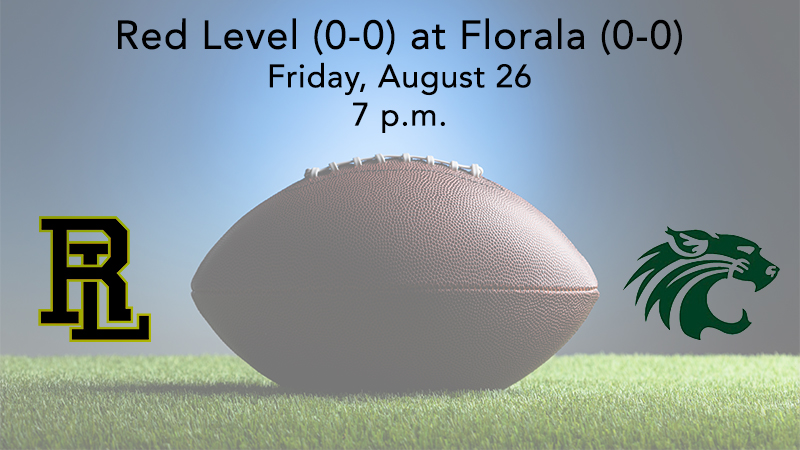 Much like last week, another Covington County rivalry will open the regular season as Florala (0-0) welcomes Red Level (0-0) Friday, August 26, at 7 p.m.

This series, which began in 1921, will see the two teams meet for the 68th time as the Wildcats hold a 39-28 lead and have won five straight. The last win for the Tigers came during the 2016 season.

It will be the first official game for new Florala head coach Jordan Cantrell.

“Zion Chapel has a really good coach and football team, and the score was a lot closer than it seemed. I am really excited about the effort our team gives and the bond they are developing on and off the field. We want to make it a family-type atmosphere and are happy with the way our guys are retaining information we tell them. We’re going to keep working and compete against Red Level, a county opponent and region rival. We will need to build on our jamboree win against Zion Chapel,” Cantrell said.

Cantrell added that although he is new to the area, he has watched the Tigers some on film. “They are not to be taken lightly and are a good football team. It’s always tough to win a football game, and it’s great to start off this way. I love the competition in a rivalry and know our kids do as well, which they are very excited about.”

The Wildcats have a goal of wanting to make the playoffs this year, and it all begins with the region schedule.

“Beating a region opponent is vital for both teams, and we want to be the victorious team. At the same time, we know they do, too. We want our kids to play hard and pick up more schematically as time goes on,” he said.

Florala won a defensive struggle over Red Level at home in 2021, 14-0. The Wildcats finished last season with a 3-7 record, while the Tigers went 4-5. Both teams just missed out on a playoff spot.