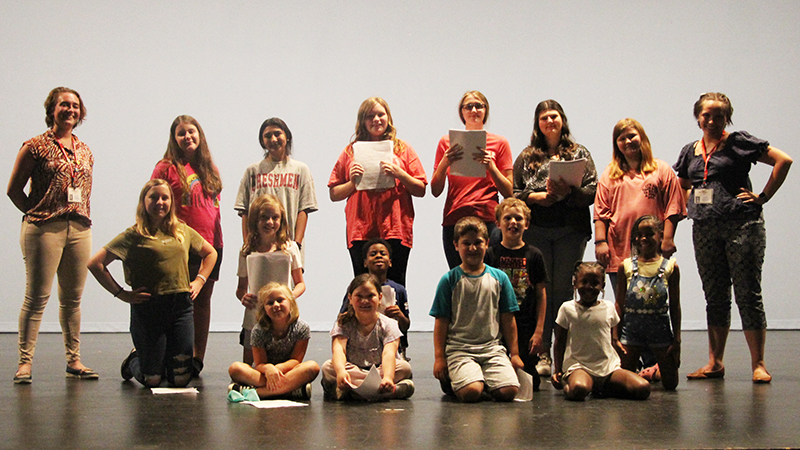 These budding actors will show off their skills to area fourth graders Friday and then to the public on Saturday at 2 p.m. Tickets are $10 for adults and $5 for children. (PHOTO BY ZACK MAIO)

After a two-year absence, bright lights will shine for the Covington Arts Council as it presents the Missoula Children’s Theater production of “The Emperor’s New Clothes” Saturday.

“COVID shut everything down as we all know, so it’s been two years since we’ve been on stage,” Harr said. “We were only able to bring Journey and Three on a String last year because they were already booked, and then the Celtic Angels because they were in the area doing other performances.

“And while we’re not quite finished finalizing the other performances for CAC’s 2022-23 season, I can say people will be pleased,” she said. “We always try to open with Missoula, and this year is no different. I can’t wait to see our local children perform again.”

Missoula Children’s Theater brings the arts to all 50 states, five Canadian provinces, and 16 counties by involving children in the theater process as cast mates and production staff on favorite children’s stories. Youth are given less than a week – and in Andalusia’s case, three days – to prepare for the performance. The public performance of “The Emperor’s New Clothes” will be Saturday at 2 p.m. at the Lurleen B. Wallace Community College Dixon Center for the Performing Arts. Tickets are $10 for adults and $5 for children. On Friday, area fourth grade students will also be treated to a performance, Harr said. 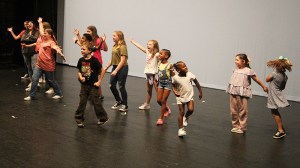 Area children show off their acting skills Monday as part of the Missoula Children’s Theater auditions for “The Emperor’s New Clothes.” (PHOTO BY ZACK MAIO)

“I really hope the public comes to support our children Saturday,” she said. “They work so hard for only three days and learn an awful lot in such a short time. It’s always a great show.”

Harr said the remainder of CAC’s annual season will be announced in the coming months.

“We are always heavy on the music side, and we’re not looking to change that,” she said. “Actually, there are a lot less people performing these days, especially in the range for mid-size to smaller community venues. Then, when you add travel on top of that, (the schedule) has been difficult to finalize, but I have no doubt we will be able to continue our tradition of outstanding entertainment.”

Harr said in addition of musical guests, the schedule will also contain performances on the “lighter side.”

“We here in Covington County love to have a good time and laugh, especially when it comes to a play,” she said. “And that’s what we’re going to try to bring.”