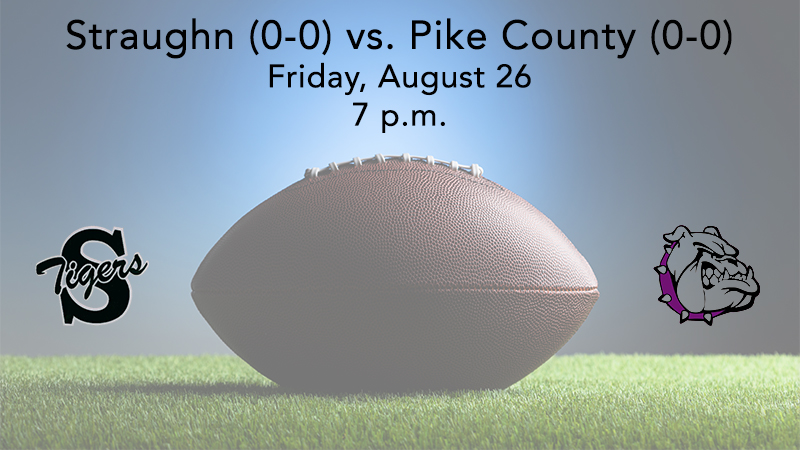 This will be the ninth meeting between the Tigers and Bulldogs in a series that first began in the 2002 season. Pike County holds a 7-1 advantage with Straughn’s lone win coming in 2004 at home. The teams played until 2007 before the series resumed in 2018. All eight previous contests have been in region play, and this year will be no different as the season gets underway.

Head Coach Ashley Kilcrease said practice has been really good for the Tigers so far. “We have had great attendance, and the guys have worked really hard.”

According to Kilcrease, Straughn did good things on both sides of the ball in its jamboree game against Red Level.

“Both of our quarterbacks, Layne Grantham and Saxby Radford, had good nights and threw two touchdowns each. I thought Kaden Wiggins made the play of the night with a 70-yard interception return for a touchdown in his first varsity game. We have talked a lot about scoring on defense, so that was good to see. Even with all the good, we know we still have a lot to clean up, and there are areas to improve,” he said.

Although the Bulldogs did not win a game last season, Kilcrease knows they will be different in 2022.

“Pike County is going to look a lot more like a traditional Pike County team and not the team from last year. They have a new coaching staff and have done a great job. I feel like they will be a team that will be in the running for the region title. Home field advantage will be huge this week, so we need to have the stadium packed this Friday night.”

The Bulldogs won the previous matchup with the Tigers on the road in 2019, 44-6. Straughn went 7-4 in 2021 and earned its first winning season in seven years, while Pike County went winless at 0-9 a season ago.