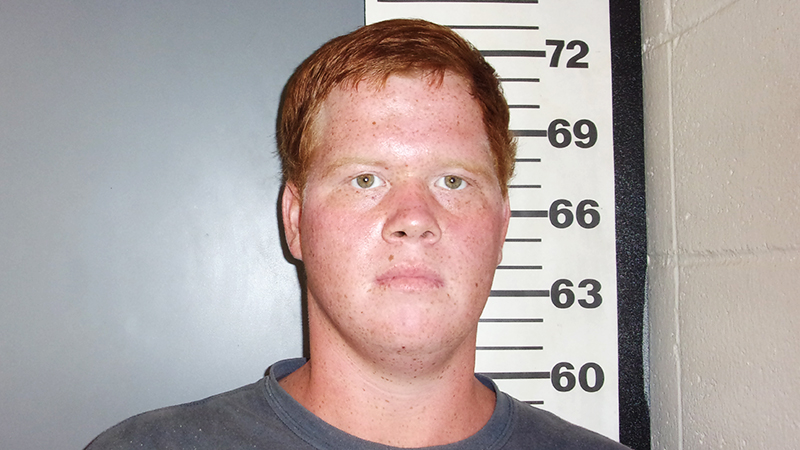 Matthew Riley Ziglar, 22, of Red Level, was convicted of Sexual Abuse of a Child Under 12 on Wednesday, August 24.

The testimony at the trial, presided over by Circuit Judge Charles A. “Lex” Short, showed that on Sept. 2, 2019, Ziglar was found by his former girlfriend in the bed with an 11-year-old child. The former girlfriend also testified to observing other highly inappropriate activity on the part of Ziglar. She immediately reported the abuse to the Covington County Sheriff’s Office.

The victim testified at the trial, stating that Ziglar touched her without consent before forcing her to touch him as well.

The defendant’s confessions were also played for the jury.

“Child sex abuse cases are always some of the hardest to prosecute — they can be painful and traumatic for the child and emotionally taxing on everyone else involved as well. I am so proud of this young victim for finding the courage to tell her story and I am proud we were able to bring closure to her. I appreciate the jury’s attention and their application of the law to the facts.” Stephens said.

Ziglar was represented by Andalusia attorney Meredith Peters. The defense was that the child indicated she wanted to engage in sexual acts with the defendant and that she had instigated the behavior with Ziglar.

In an interview given to Covington County Sheriff’s Office investigators, the defendant blamed the victim for the inappropriate touching, indicating she touched him multiple times, and that she forced him to touch her.

Later, Ziglar admitted to the sexual abuse stating he was under the influence of painkillers.

“To blame the victim is despicable. She was 11. He was 19 at the time,” said District Attorney Walt Merrell. “I hope we don’t ever digress to a place in civilized society where anyone thinks it’s appropriate to blame children for the perversions of adults.”

Stephens thanked those involved in investigating and prosecuting the case, include CCSO investigators Cody Holmes and Joey Cato.

“The entire multi-disciplinary team associated with the Covington County Child Advocacy Center contributed to this case. Our DHR workers and law enforcement, counselors, forensic interviewers — so many people work hard day-in and day-out to assure our children’s safety and well-being. They are the unsung heroes of our communities.”

Ziglar’s bond was revoked in a separate drug case in November 2019, following his arrest on the sexual abuse charge. The drug case remains pending and Ziglar remains incarcerated at the Covington County Jail pending sentencing on this case and resolution of the drug case. Sentencing has been set for Oct. 19.

Sexual Abuse of a Child Under 12 is a Class B felony, which typically carries a sentence of 2 to 20 years. Ziglar faces a sentencing enhancement because of the victim’s age in this case, raising the mandatory minimum sentence to 10 years. He will be ineligible for probation or parole. Ziglar will also be required to register as a sex offender for the remainder of his lifetime.

“We will ask for the maximum sentence on Oct. 19. We cannot give the victim back what Ziglar took from her, but we can be certain he has plenty of time to think about his actions at the Department of Corrections,” Merrell said.