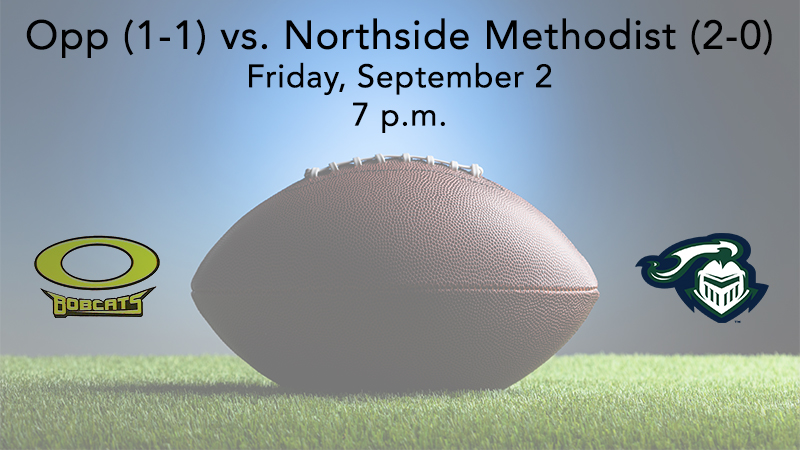 This will be the first-ever meeting between the Bobcats and the Knights.

Opp looks forward to playing at home for the first time this season.

“Northside Methodist is 2-0 and has a really good team. I’ve been impressed with them because we haven’t played them and didn’t see them on film much last year. They are talented, very well coached, and line up in the spread formation like us. Defensively, they are really sound and run to the ball really well as well as tackle really well. Although we didn’t have to travel far in our first two games, we are excited about playing in front of the home crowd,” Head Coach Mike Dubose said.

Dubose added that the Bobcats had a slow start last week, but the goal remains the same.

“We did not play particularly well in the first quarter and had a couple of three-and-outs with some dropped passes that should have been caught. We did well in the entirety of the second quarter and managed to score 34 points. We got out to a big lead and played well in the first half. We started the second half and wanted to get our first group in with some first downs. We played a lot of people at the end of the third quarter and all of the fourth quarter. It was a good win, and hopefully, we should have everybody back playing this Friday night. We want to continue to show improvement on both sides of the ball.”