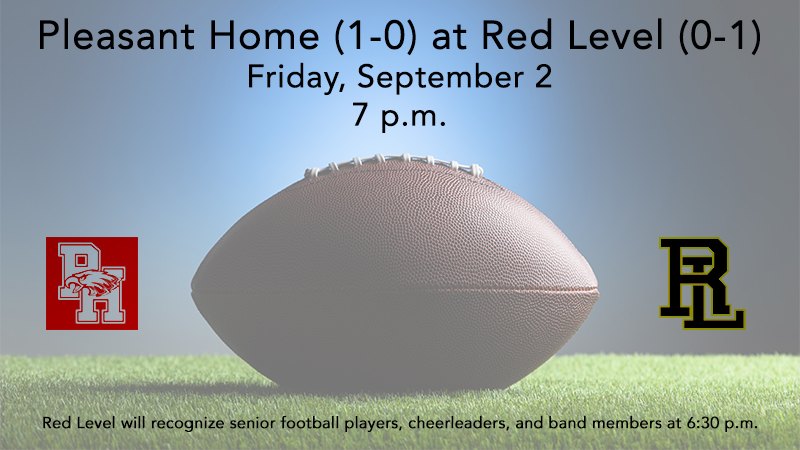 Senior football players, cheerleaders, and band members will be recognized at 6:30 p.m.

The teams, which first played in 2000, will meet for the 15th time. The Tigers hold an 8-6 lead in the series and have won two straight, while the Eagles won at home in 2019.

“I was missing four starters at our jamboree game. We got some good reps and did some good things that night but made a lot of mistakes that you expect a lot early in the year. We played a lot better last week than we did the week before and had a lot of bright spots in there. We had some costly penalties that put us in a bind and had three touchdowns called back. There were two times we were down inside the 5-yard-line and didn’t score, so it could have been a different ballgame,” RLS Head Coach Kenny Skipper said.

Pleasant Home did not play last week. “The bye allowed some guys who were dealing with injuries a little extra time to heal up and get ready. We needed to fix some alignment issues that showed up in the opening week, and having the extra time helped us get those squared away. Usually having a bye this early in the season is not ideal, but we made the best we could of the situation,” PHS Head Coach Cody Sellers said.

Both coaches agreed it would be a big rivalry game for both schools.

“The guys are excited about it, especially being at home. We don’t have but four home games this year, so we are going to soak it all in. Pleasant Home always seems to bring their A-game when they play us. Coach Sellers does a good job down there and will have them ready to play. They always get after us, so we want to cut down on our mental mistakes and penalties,” Skipper said.

“I know they have some very impressive athletes and team speed. They do a great job of getting their playmakers the ball on a consistent basis. It’s always a physical contest when it comes to Red Level, and we look forward to challenging ourselves to rise to the occasion. Even though intense rivalries are what make this game so great, we cannot let our emotions get the best of us. We must remain focused and execute the little things that lead to success,” Sellers stated.

The Tigers defeated the Eagles at home last year, 33-22. Red Level opened the season with a hard-fought setback at Florala last week, 34-19.