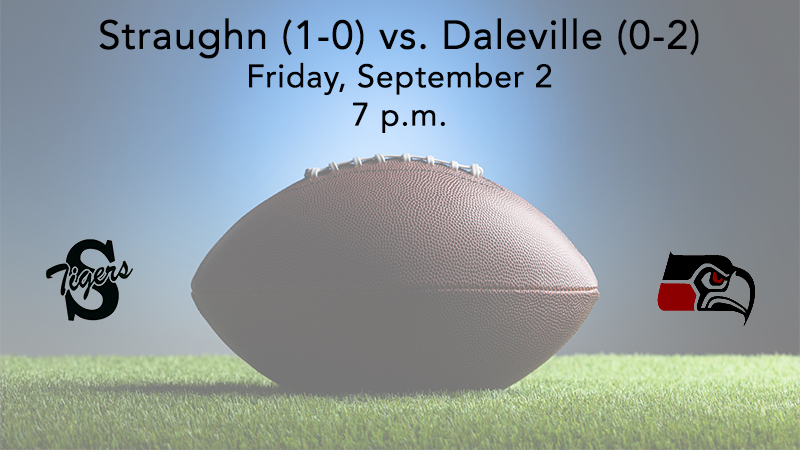 This year’s contest will be the 10th overall with the Warhawks holding a 6-3 series lead dating back to 1976. The Tigers upset an undefeated Daleville team in a first-round playoff game in 2012.

Head Coach Ashley Kilcrease said he is still convinced Pike County will be a playoff team from the region after the Tigers had a one-point win last week. “They are well-coached and will get better throughout the season. I’m thankful we don’t have to play them again.”

Kilcrease was pleased Straughn did not quit in its first game after falling behind 13-0.

“We played really hard and answered a very bad first half with a great second half. I was really proud of our offensive line and wide receivers for the way we were blocking especially in the second half. Aaron Olhava rushed 30 times for 144 yards and could not have done it without those guys up front. One area we must improve on is the kickoff team. We have to cover better and kick the ball away from our opponents’ best returners. We overcame a kickoff return for a score, but that is usually difficult to do, especially against good teams,” he said.

The Tigers realize the Warhawks should not be taken lightly despite their record.

“Daleville is coached by Will Garner, who is one of the best young coaches in our area. They do a good job running the football and have a really good back who was injured the first week. We don’t know his status, but he is a difference maker. We must continue to run the football and stop the run to win. That formula wins most weeks, but it is easier said than done. We need another big crowd Friday after our fans made a huge difference last week,” Kilcrease said.