Diane Southwell Williams passed away in her home in Montgomery on Tuesday, August 31, 2022. She was 74. 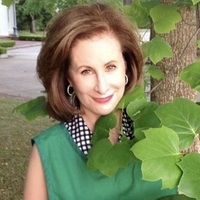 Born Sylvia Diane Southwell, the only child to adoring parents Donald and Ruby Southwell of Andalusia, Diane grew up happily among both her paternal and maternal families. Diane graduated from Andalusia High School and then attended The University of Alabama, where she was inducted into Mortar Board, Theta Sigma Phi journalism honor society, and Alpha Delta Pi sorority. She graduated Phi Beta Kappa with a major in journalism and a minor in French.

Diane cultivated a lifelong love of music beginning in the Church of Christ and in Andalusia High School’s excellent choral program led by Ms. Merilyn Jones. She began playing the piano as a young teenager and continued to play for enjoyment throughout her life. As an adult, she spent many years singing with The Montgomery Chorale under the direction of James Seay and with The Church of the Ascension Choir, directed by dear friend Rebecca Taylor. She remained a dedicated member for over 20 years and accompanied the Ascension Choir on their invitational trip to sing in the storied Salisbury Cathedral in England in 2014.

Diane was an enthusiastic participant in the Montgomery community she called home for 47 years. She served as president of the Family Sunshine Center as a board member of Hospice of Montgomery and as a community board member of the AUM School of Nursing. Later in life, she continued her education, earning a master’s in Counseling and Human Development from Troy University-Montgomery. She went on to serve as a counselor to non-violent first-time offenders in the District Attorney’s Pre-Trial Diversion Program.

She loved gardening and working in her yard; she created a beautiful home garden that provided the idyllic backdrop for both of her daughters’ weddings. Diane loved reading, traveling, and spending time with a host of dear friends and family. Most of all, she loved and adored her husband of 52 years, Dent, and her two precious daughters, Catherine and Elizabeth, each of whom took her on great adventures throughout her life. Diane cared for her parents and in-laws and sought to always be a friend to those in need. She was a devoted wife, mother, mother-in-law, grandmother, and friend. She was a shining example of grace, poise, intelligence, kindness, and beauty.

Memorial donations may be made to the Family Sunshine Center, 858 S. Court St., Montgomery, AL 36104.