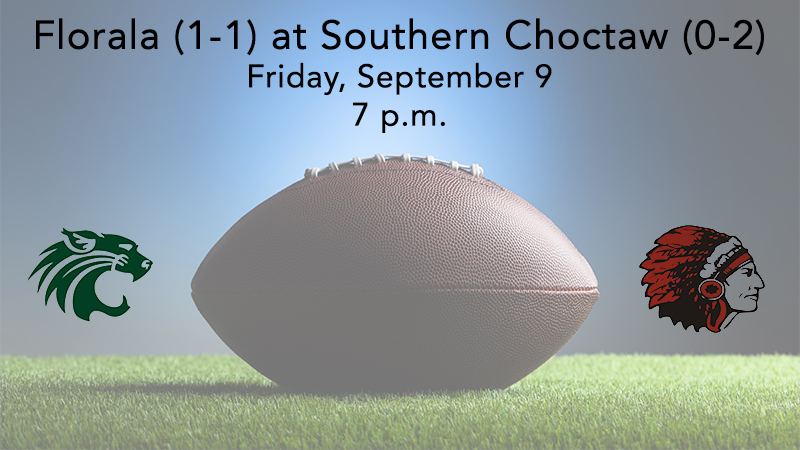 The two teams will play each other for only the second time.

Although Head Coach Jordan Cantrell has never been to Southern Choctaw, he had the opportunity to look over film the teams traded with one another.

“We have seen them just as they have seen us. They have lost two games to Millry and J.U. Blacksher, who are both good teams. If you look at Southern Choctaw, they have some good-looking dudes who want to put together a win. At the same time, we really need a win right now, too. These are the cards we have been dealt, but we have some tough guys at Florala. We will get on the bus rock and roll and then go out to compete,” he said.

According to Cantrell, Georgiana had a really athletic team in Florala’s game last week and scored all 20 points in the first quarter.

“They started off the game and got up big on us before we settled in. Our defense played lights out the rest of the game. We were able to get down inside the 10-yard line multiple times and could not score whether it was miscommunication, missed opportunities, or flags. I think Georgiana is a tough place to play, but we are proud of how our guys fought and persevered. Our players were still fired up even after being down that much. They really left it all on the field.”

Both teams took hard-fought region losses on the road last time out. Florala fell to Georgiana, 20-14, and Southern Choctaw suffered a defeat against Millry, 41-8. The Wildcats hosted the Indians for a second-round playoff game during the 1979 season but fell 21-13.