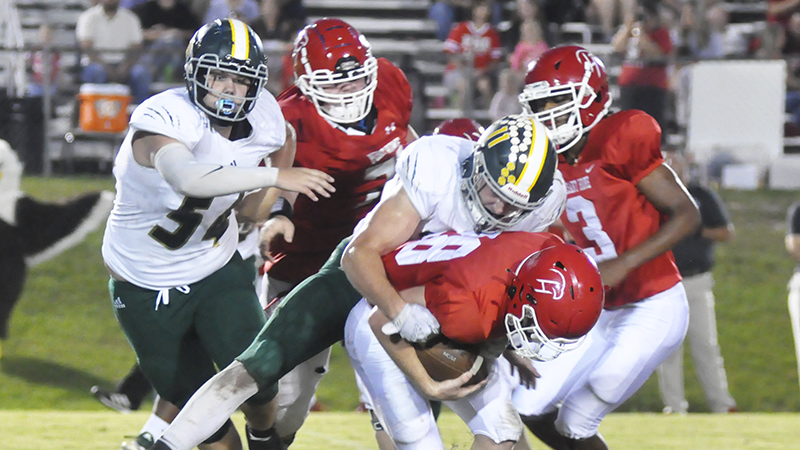 In a key game for both sides, Florala took an early lead and never relinquished it on the way to a 50-20 region win at Pleasant Home in varsity football action Friday night. 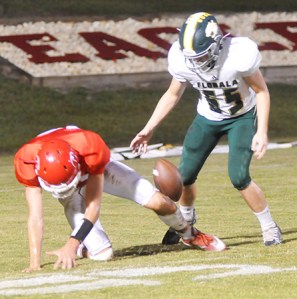 The Wildcats’ Kaden Cantrell, right, breaks up a pass in the end zone against the Eagles’ Luke Gatewood.

The Wildcats (3-1, 2-1 1A Region 2) began the game on offense after recovering the opening kickoff. Following a 9-yard pass to Dalton Jackson, Rayshon Coleman had a 10-yard touchdown run. The PAT failed and left the score 6-0 with 10:24 left in the opening quarter. The Eagles (2-2, 1-2) took over in opposing territory and received a 12-yard run by Josh Hawkins. Mason Anderson then connected with Luke Gatewood on a 7-yard pass before a turnover on downs.

Florala needed only one play and 13 seconds to strike again when Coleman rumbled 72 yards to pay dirt. Johan Zamora added the two-point conversion for a 14-0 lead. Anderson converted a third down on the next Pleasant Home drive with a 6-yard pass to Gatewood and hit Gray Warthen on a 13-yard strike. Zane Weeks delivered an interception on the final play of the quarter.

Both teams traded fumbles early in the second quarter. After Colby Strickland recovered a miscue, Coleman threw a 14-yard touchdown pass to Weeks and took the score to 20-0 with 6:59 left in the half. Following a defensive stand, Coleman gave the Wildcats a 26-0 lead with a 10-yard touchdown run. Anderson put the Eagles on the board with an 8-yard touchdown run, but the PAT was blocked and left the intermission score at 26-6. 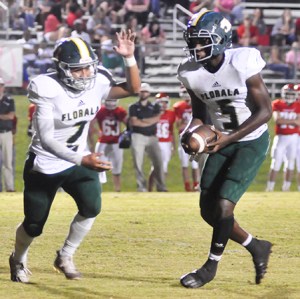 Johan Zamora opened the second half with a 29-yard run and set up a 3-yard touchdown scamper from Coleman. Weeks hauled in the two-point conversion and gave Florala a 34-6 lead. Hawkins answered the call with 23 yards rushing on the ensuing drive. Anderson had a 3-yard touchdown run and brought Pleasant Home within 34-12 at the end of the third quarter. 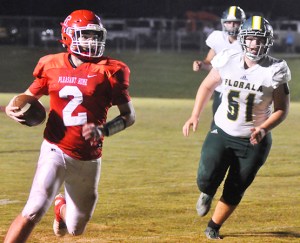