Red Level looks to build on success at Bullock County 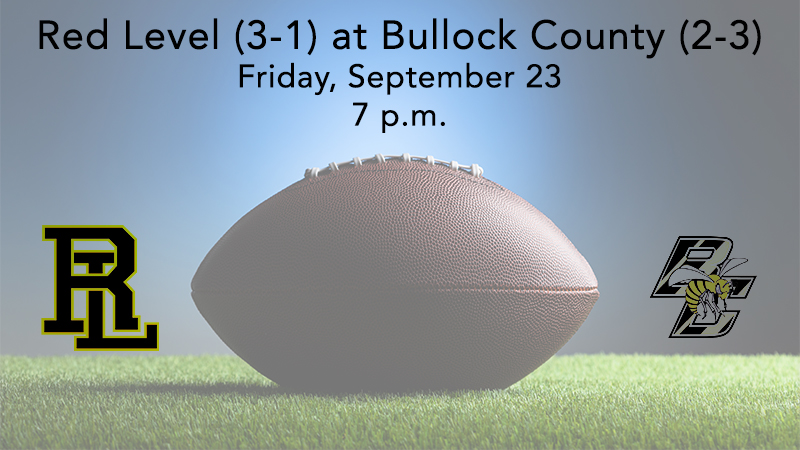 After a thrilling home victory in the final seconds, Red Level (3-1) will visit unfamiliar territory with a trek to Bullock County (2-3) Friday, Sept. 23, at 7 p.m.

The Tigers and Hornets will compete against each other for the first time ever.

“It will be a tough game and long road trip against a 4A football team. It will be a challenge, but we are going to try to use this week to work on us. We have a few things we need to iron out and get better at. With it being non-region, we are going to give our injured guys as much rest as we can before we start back in region play next week. We will go up there, give them all they want, and see what happens. I think our guys will answer the challenge,” said Head Coach Kenny Skipper.

Skipper was proud of the Tigers for rising to the occasion and giving a strong effort.

“It was about as good a rivalry game as you could pay to go watch and was a physical football game that went back and forth. It was really exciting to be a part of. Those games give you a heart attack but are fun to be in. We played a little sloppy in the first half and missed some tackles on defense I thought we should have made. We knew it was going to be a hard-fought game and challenged them at halftime. They got after it in the second half and continuously put it together on offense. Defensively, we played lights out except for one play where they popped one on us in the second half,” he added.