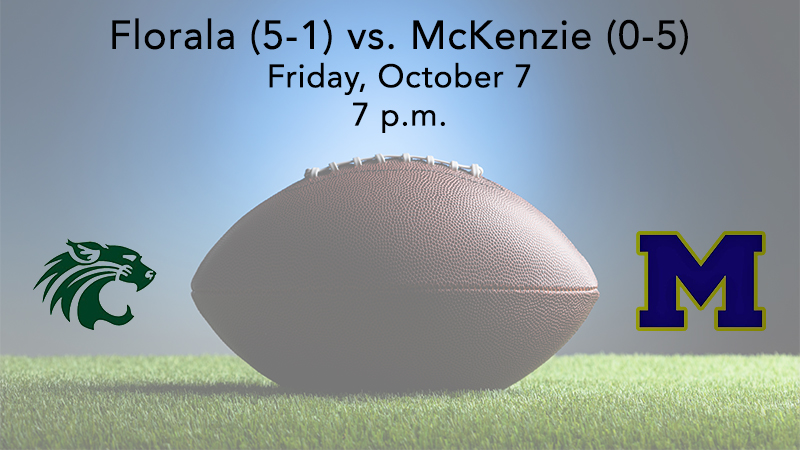 This contest will be the 28th all-time meeting between the Wildcats and Tigers. The series lead is up for grabs as the teams are tied 13-13-1 dating back to the 1941 season.

“McKenzie has improved and is a young football team, but they have a lot of good players. Their record does not reflect the type of team they have over there. Their 0-5 record is not a fair way to judge them at all as they have run into some bad luck. You can’t depend on scores or records in this region until any night, and this game can be wild. They have a really good running back over there, and when he’s healthy, his wheels are rolling,” Head Coach Jordan Cantrell said.

Florala hopes to see its fans show their support once again this week. “It will be a tough game for us, but we hope to have a good crowd like we’ve been having. It should be a good night of high school football,” he said.

“Coach (Daniel) Green has the defense rolling right now. It was a good long ride on a Thursday, but we finally started clicking even though we turned the ball over in the second half. We have to clean up our ball handling issues, especially against McKenzie coming up. The offense looked great at times, but we have to stop turning the ball over.”

Florala mounted a fourth-quarter rally last season, but McKenzie held on for a 44-35 win. The Wildcats come into the game off a 27-0 shutout win at Houston County, while the Tigers suffered a home non-region loss to J.U. Blacksher, 47-24.