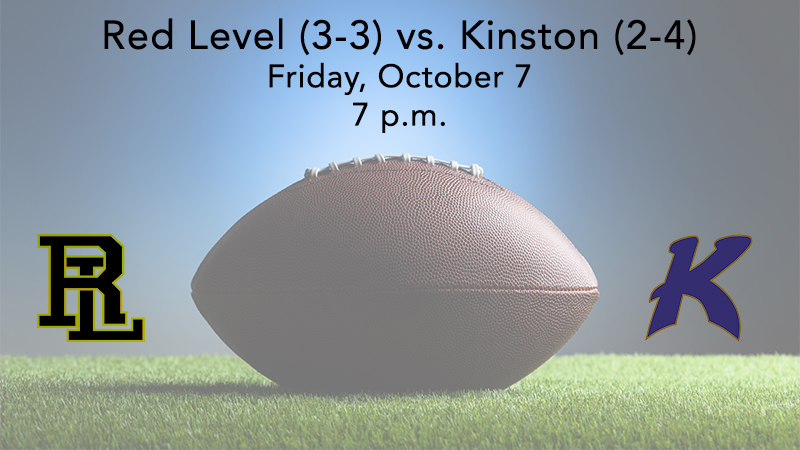 This year’s game will be the 24th all-time between the two teams who first met in 1981. The Tigers have a 13-10 series lead but have come up short to the Bulldogs in three consecutive seasons.

“It will be a tough game this week with Kinston coming to us. Coach (Rudy) Free does a great job over there getting those guys ready to play. I expect a very physical, hard-fought football game on Friday. This is a very huge game for both teams and certainly has playoff implications at stake. It will be a big week for us, and it’s nice to be at home,” Head Coach Kenny Skipper said.

Skipper added Red Level did not play as physical against Elba as it had been playing.

“We have several things we need to work on and turned the ball over with some costly penalties early in the game. We had a chance to make it 14-8 in the first quarter before a penalty put us behind in the chains. Before we could turn around, it was 21-0. There is no doubt Elba has a great football team.”

The Tigers, currently in fifth place in the region, will look to snap their two-game losing streak against the sixth-place Bulldogs.