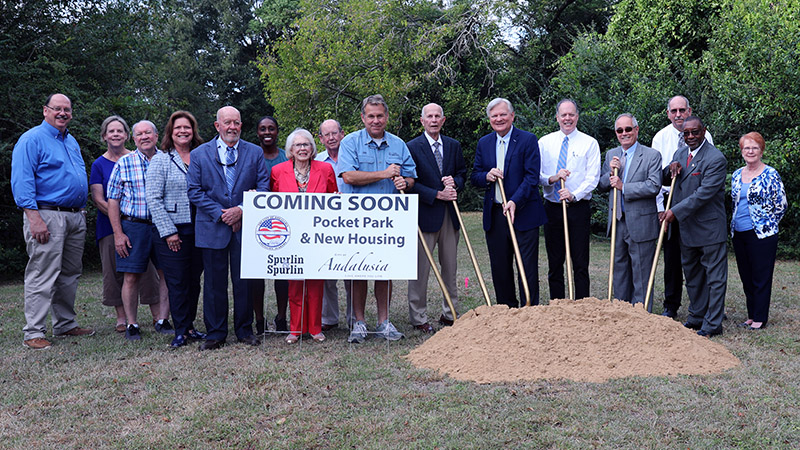 The Andalusia City Council and Bill Spurlin of Spurlin and Spurlin were joined by neighbors for a groundbreaking at the corner of East Three Notch and Third Avenue Tuesday afternoon.

The City’s Development District and Spurlin and Spurlin (Bill and Heenan) have formed a public/private partnership.

The City will build a new pocket/pedestrian park on the portion of the property facing East Three Notch. Drawings for the park have not been finalized, but it will have a water feature and benches.

The Spurlins plan to build two houses on lots facing Third Avenue. Bill Spurlin said the homes will be very similar to others in the neighborhood.

Construction will begin in about two weeks.