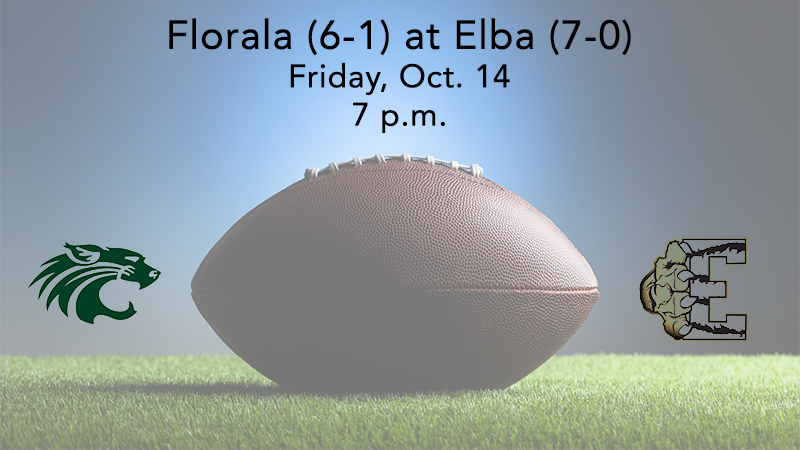 This year marks the 33rd all-time contest between the two teams as the Tigers hold a 16-14-2 series lead over the Wildcats.

“Elba has a really good football team, and everybody knows that. They are known for their expertise in football and are well-coached with the personnel to back that up. Our guys are not afraid to go out and compete, so we have to get our game plan ready and let the chips fall where they may,” Head Coach Jordan Cantrell said.

According to Cantrell, the Wildcat seniors had not beaten McKenzie until last week.

“McKenzie has some good athletes with an unbelievable running back. We scored well and played hard on defense to rake him in during the game. It was a great night to win, and the kids were on fire, which was really good to see.”

Florala is still not satisfied despite having six wins this season entering this week’s game.

“I couldn’t be prouder of these guys than I am. These assistant coaches have been with the kids through thick and thin over the years. Most people thought we would have trouble winning games this year, and I’m glad the kids have surprised some people. It has all come from their hard work and being a family. My family and I are very happy to be here,” he said.