Ms. Victoria Shirey and Mr. and Mrs. Terry Shirey of Andalusia announce the engagement and forthcoming marriage of their daughter, Karlee Elizabeth Shirey, to Benjamin Holton Hall, son of Bobby and Melinda Hall of Opp, Ala. 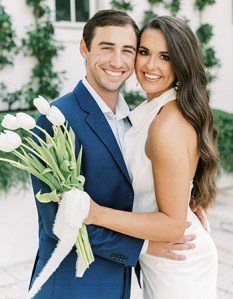 The bride-elect is the granddaughter of the late Robert and Linda Rawls, and; the late Lewis and Jeanette Holcomb.

The prospective groom is the grandson of Gloria Catrett and the late Ben Catrett, and; the late W.D. “Shorty” and Lucille Hall.

He is a 2014 graduate of Opp High School and earned a degree in business administration from Auburn University in 2018. Holt is the Owner and District General Agent for Southeastern Benefits – a Colonial Life agency.

The happy couple currently resides in Auburn, Ala.

The wedding will be on April 15, 2023, at Springdale Estates. Formal invitations are to follow.