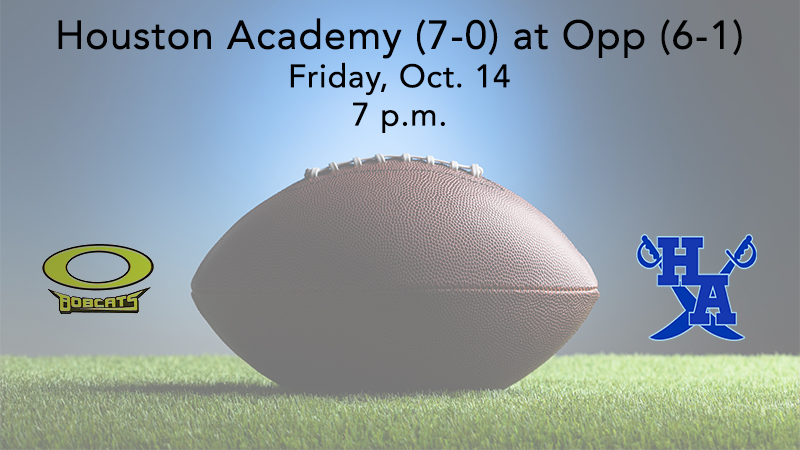 The 2022 homecoming queen and court will be presented at halftime.

The teams play for the seventh straight year as the Bobcats hold a 5-1 series lead over the Raiders.

“This week will be a big region game for both teams. Whoever wins it will have some sort of advantage. Houston Academy has a very good football team, and we know coming in they will be a tough opponent. They have one of the best coaches, and Eddie Brundidge and his staff have done a great job,” said Head Coach Mike Dubose.

“We did not play well in the first half at Daleville but played much better in the second half. Our defense played pretty consistently throughout the game. We had a hard time establishing a running game and with the passing game not getting much protection off it. It seems like a broken record saying this, but we made adjustments at halftime and played much better in the second half on offense, defense, and special teams,” he said.

He added that the seniors have given the Bobcats leadership this season.

“We don’t have some of the numbers and the depth we’ve had in the past. Because of the seniors’ leadership, we are able to go in at halftime and make corrections. We haven’t played as well as I would have liked for us, but they have willed us to win. They are a great group of young men with leadership, work ethic, and playmaking skills with bright futures ahead of them outside of football. I look forward to seeing the success they have in life when they get into the real world.”