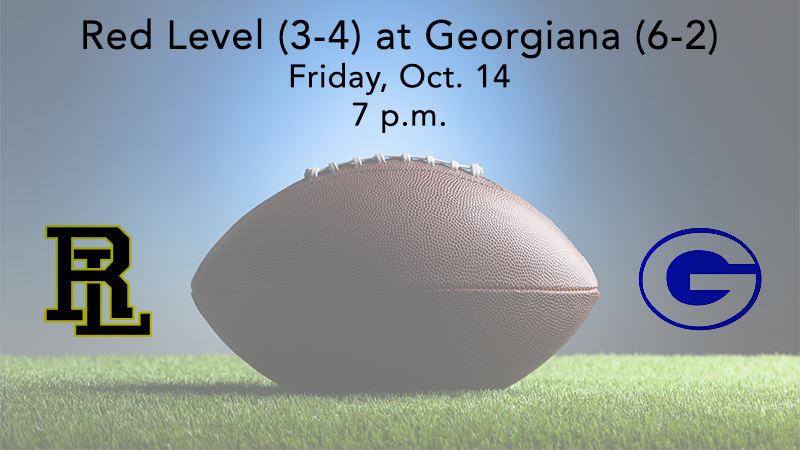 It will be the 58th game overall between the two teams. The Panthers lead the all-time series 40-16- 1, but the Tigers won last year’s road game by eight points.

“We have another tough one this week and have to go on the road to Georgiana. They are really athletic and have a lot of speed. We have to make sure we are where we’re supposed to be on the field and do what we do. We have to cut down on our mental mistakes and execute a little bit more,” Head Coach Kenny Skipper.

Although Georgiana will not field the same team from a year ago, he is hopeful history can repeat for Red Level. “They are a lot different, but we can beat them if we don’t turn the ball over and get after them.”

Despite the loss to Kinston, Skipper stated his Tigers are still playing hard each week.

“The game was 7-0 at halftime. The game got away from us after some calls did not go our way. It was about to be 16-8 with about two minutes left in the third quarter. We scored a touchdown, and it was ruled that we fumbled the ball out of the end zone. It took the air out of us after Kinston took the ball and really affected the outcome of the game. My guys are doing all the things we want them to do, but we can’t get the ball to bounce our way,” he said.