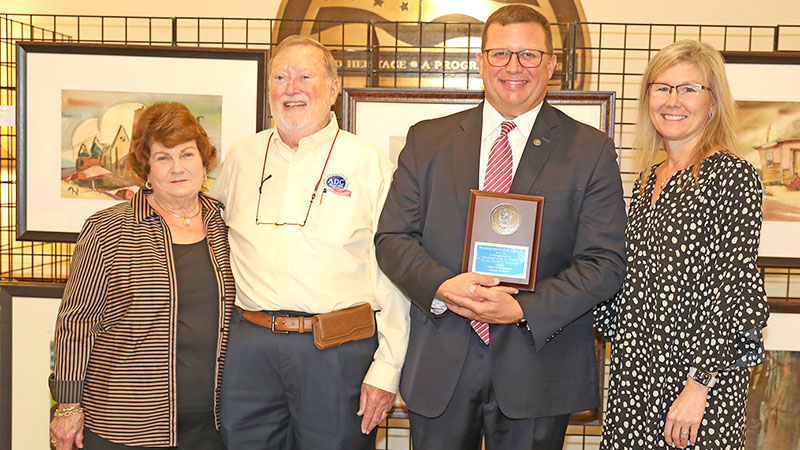 Friends and family members were on hand Wednesday afternoon when Alabama Secretary of State John Merrill presented Rep. Mike Jones with the Gold Medallion Award from the National Association of Secretaries of State. 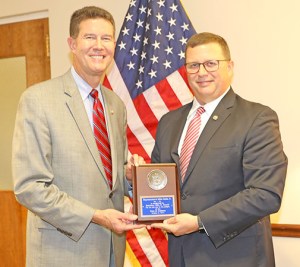 The two elected officials, both of whom are ending their terms of office this year, were members of the Alabama House of Representatives’ freshman class in 2010 and became immediate friends. An emotional Merrill said he has no better friend than Rep. Jones.

Before being elected to the Alabama Legislature, Jones was a member of the Andalusia City Council and served as mayor pro tem. He currently serves as municipal judge.