The Opp Police Department has arrested a suspect on obscenity-related charges that included sending materials to a minor. 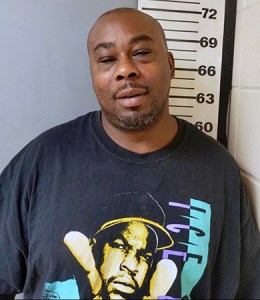 Jason Travis Lane, 45, of Opp, made contact on Facebook with a covert account operated by an investigator with the Holmes County Sheriff’s Office in Bonifay, Florida, on Friday, Sept. 16.

OPD officials said investigators obtained a confession from Lane, who was arrested in Opp. He is charged with transmitting material harmful to minors and obscene communication and using a computer to seduce solicit or lure a child or person believed to be a child.

Lane was booked into the Covington County Jail on Wednesday, Oct. 12, at approximately 7:21 a.m.

“I would like to thank the Covington County Sheriff’s Office and other agencies involved for their assistance in the arrest of Jason Lane,” said Holmes County Sheriff John Tate.