ReAct Theatre will pull curtains on ‘Charlotte’s Web’ next week 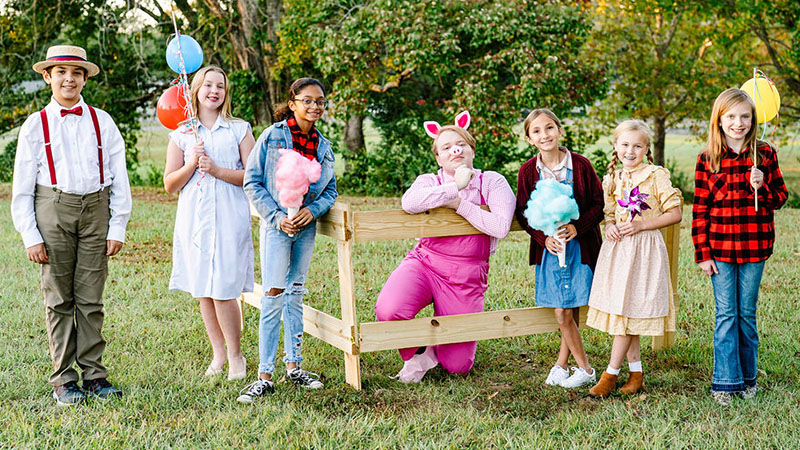 ReAct Theatre & Arts will present the stage version of the children’s classic “Charlotte’s Web” next weekend. 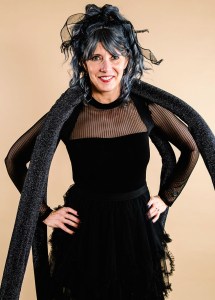 “I wanted to do a family-oriented show using adults and children,” ReAct founder and “Charlotte’s Web” director Roger Powell said. “I was not familiar with the play, so I ordered the script and read it. It has such a wonderful message. It is fun and funny, but the overall theme is what we need – joy, happiness, forgiveness, love and friendship.”

For those who didn’t grow up with the book or movie, “Charlotte’s Web” is about a pig, Wilbur, who makes friends with a spider named Charlotte. The cast is populated with other barnyard animals, as well as the extended family surrounding the farm where Wilbur grows up. 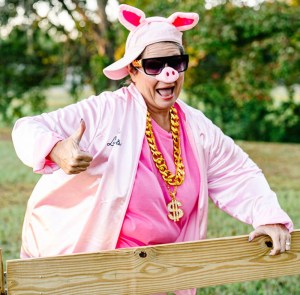 Frank Shaffer, who’s done countless and varied roles in local productions is cast as Homer Zuckerman, the farmer who raises Wilbur. He said he likes “Charlotte’s Web” because the script allows young students to become involved in theatre.

“Doing the play could lead to a passion for theatre, and you never know where it might lead them,” he said.

Shaffer said he likes his role because Zuckerman is interested in the greater good of friends and family, not just his own profits. 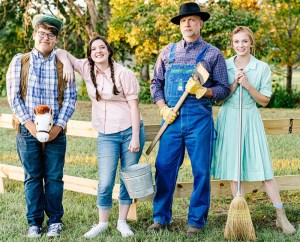 Pleasant Home School sophomore Era Lowry is cast as Fern. She first became involved in theatre last year in the county schools’ production of “Beauty and the Beast.” She enjoyed it so much that she participated in Troy University’s Summer Spotlight, a creative drama camp for youth, over the summer. When she learned of the ReAct production, she was encouraged to audition, and landed a leading role. She had read the part of “Fern” in auditions, and was hopeful. Still, she said, her whole family was excited when she received the message confirming her new role.

“I think the play will be a joy for children,” Lowry said. “Adults- and especially parents – will get a kick out of it, too.”

Straughn High School’s Luke Gay is Wilbur. Like Lowry, he got his first chance to perform onstage in “Beauty” last spring.

“It was my first play or musical,” he said. “I tried out because I had always wanted to be a part of musical theater. I tried out for the role of narrator, but they asked me to do Beast.”

Like Lowry, he participated in Troy University’s summer drama program this summer.

Gay said he was surprised that he’d been cast as Wilbur. But he couldn’t be more pleased.

“The thing I like about this play is that the pig is a piece of my childhood,” he said. “The film taught me about the concept of death. The message for me is that we all have limited time in this world, and we should make the best of it.”

If anyone upstages the adorable Wilbur, it will be the unlikely character of Templeton the Rat, played by LBW student Jay Osborne. It was exactly the role Osborne, a Luverne High School graduate, wanted.

“Me and Templeton have the same personality,” he said.

Osborne participated in theatre productions as a high school junior, and earned a drama scholarship to LBW. He plans to join the U.S. Army Reserves, and continue to study drama at Troy University.

“It’s about diversity and being accepting of people who are different,” he said. “You have the rat who’s sly and sneaky, the old, old sheep, who’s not so nice to begin with. In the end, it becomes about acceptance, and being kinder to each other.”

Another important message of the play, he said, is that the smallest character has biggest impact.

PowerSouth is sponsoring a student performance on Thursday, and students from elementary schools across the county are expected to fill the auditorium at LBW Community College.

Productions are set for 7 p.m. on Saturday, Oct. 29, and for 2:30 p.m. on Sunday, Oct. 30, in the Dixon Center for the Performing Arts on the campus of LBW Community College.

Tickets are $10 each and available at Harold’s and Rody Mil Market, or online at EventBrite.