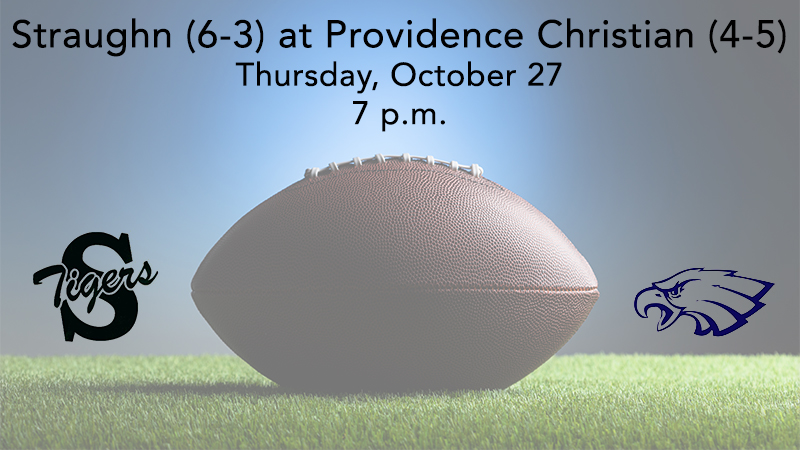 This year’s contest will be the fifth overall between the two teams. The Tigers won the first-ever game in 2016, but the Eagles have built a 3-1 series lead.

“Providence Christian is very well-coached, and their team plays really hard. I think both teams are very evenly matched. We will have to play our best Thursday to win, and I expect our guys to do that,” said Head Coach Ashley Kilcrease.

Kilcrease felt last week’s rivalry game was a tough one for the Tigers as they fell into a tie for third in region play. “The bottom line is that Opp played really well and we didn’t. They have probably the best talent, especially on offense. They hadn’t played well in the last few weeks but got it figured out last week.”

Straughn controls its own destiny and can seal the region’s third seed with a win.

“Providence is basically the first round of the playoffs. We don’t want it to come down to a tiebreaker, so we need to treat this like a playoff game. We were in the same situation last year, so I think that experience definitely helps us,” he said.

Straughn came up just short in the previous matchup with Providence Christian in 2019, 14-13. The Tigers fell at Opp last week, 38-14, and the Eagles lost to Houston Academy, 42-7.