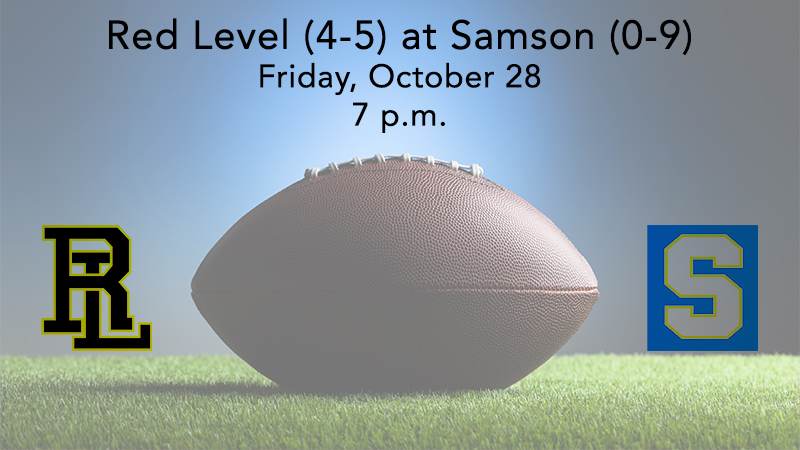 This year will mark the 16th time the two teams have played on the gridiron. Red Level looks for its first win in the series since 2010, but Samson holds an all-time 11-4 lead.

“Samson has not won a game this year but has played several close games. I think they are really young, and Coach (Jason) Wambles does a really good job down there. They will be coached up and ready to play, so we need to go down there and take care of business,” Head Coach Kenny Skipper said.

Red Level enters this week in fifth place in the region at 4-4 just behind Georgiana. If Pleasant Home defeats Georgiana, Red Level would force a tie with the Panthers but clinch the fourth seed based on the head-to-head tiebreaker.

“We need to stay focused this week because there is still a chance for us to get in the playoffs. We will also be rooting for Pleasant Home this week,” he said.

Skipper added the final score did not indicate how close the game was against Brantley.

“I thought we played really well in the second half and only gave up six points. It was 7-0 at the end of the first quarter and 28-0 at the half. We drove the ball up and down the field but had an interception and some bad snaps. We got down inside the 10-yard-line on our first drive of about 12 plays. Our guys played really hard but made a few mistakes in the first half that cost us.”