Straughn treks northwest to Thomasville for first round game 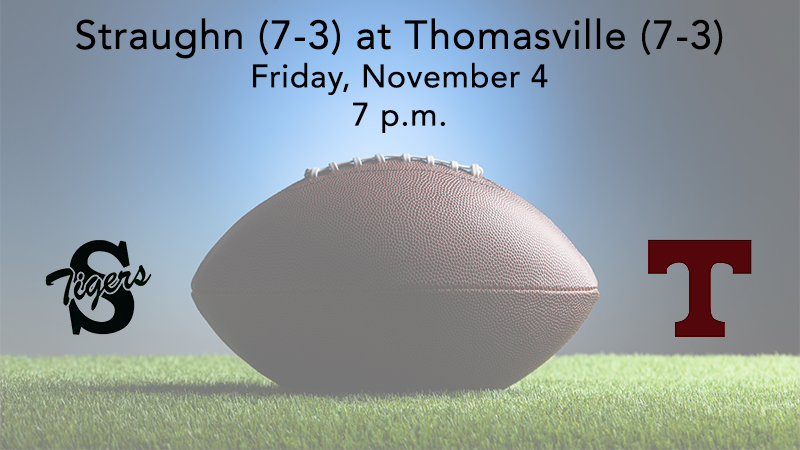 Following a second win in Dothan this year, Straughn (7-3) remains on the road as the 3A state playoffs get underway at Thomasville (7-3) Friday, Nov. 4, at 7 p.m.

This will be only the second-ever meeting between the two teams. Thomasville defeated Straughn at home en route to a state championship in 2010.

“Thomasville is traditionally a very good team who runs the football and plays good defense. They are a very athletic program and played in a very tough region this season,” Head Coach Ashley Kilcrease said.

“We want to get to the point in our program where the playoffs are an expectation and not something that people are surprised about. I think we are off to a good start in doing that.”

Straughn closed out the regular season with a road win at Providence Christian last week.

“I thought our ability to throw the football in the first half was key even with Parker Black out on offense. Layne Grantham was able to make some big throws to Nick Williams, Grant Barnes, and Micah Turner, two of which were touchdowns. I think it was our best performance of the year on defense. Wyatt Smith and Ryan Cobb both had a really good game for us at linebacker, and I’m proud of our scout offense for giving us a great look,” he added.

The winner will play Dadeville or Southside-Selma in the second round next week.