David “Mike” Edwards, founder of Project Exodus Relief, will be the keynote speaker for the City of Andalusia’s annual Veterans Day program. 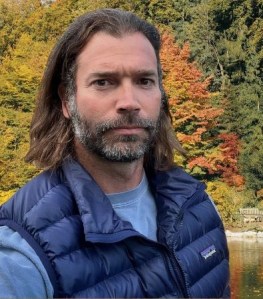 The program will immediately follow the Veterans Day Parade coordinated by the Andalusia Area Chamber of Commerce beginning at 9 a.m. on Friday, Nov. 11.

Project Exodus Relief, which includes Edwards and his wife Kendall, along with a number of hand-selected professionals, works to assist American citizens and Afghan SOF soldiers left behind after the U.S. withdrawal from Afghanistan. The aid may be in the form of evacuation, medical aid, food, safe housing, clothing, or other needs.

Edwards began his professional military career attending Marion Military Institute where he excelled at military science while assigned to the ROTC program. After his second year, he decided he would withdraw from school before being commissioned and enlisted in the U.S. Army with the intent to serve in a Special Operations unit.

He served three years in the conventional Army and was stationed in Korea when the attacks of September 11th, 2001, transpired. At that time, he re-enlisted for service with the 75th Ranger Regiment. He served with 3rd Battalion 75th Ranger Regiment as rifleman, fire team leader, and an assault squad leader on several combat deployments. He was wounded during a battle in Tal-Afar Iraq in 2005 where he received the Purple Heart Medal and the Silver Star Medal.

Edwards then served as a Ranger Indoctrination course (selection) cadre for two years before attending assessment and selection for the Regimental Reconnaissance Company (RRC). While assigned to RRC he deployed countless times conducting low-vis clandestine reconnaissance, and other tactical reconnaissance missions. He has commanded a fighting force of as many as 700 fighters as the senior U.S. advisor. After being promoted to Master Sergeant in 2011, he finished his time as an RRC assistant Team leader. In mid-2013, he assumed the position of mortar platoon sergeant for 3rd Ranger Battalion. In 2015, he moved to Yuma, Arizona, where he was assigned as the Detachment NCOIC of the Free Fall Parachutist course, the NCOIC of the Jump Master course and taught at the Instructor Course. He retired in March 2019.

After his military service, he trained the most elite special operations units as a contractor in basic and advanced Military Free Fall tactics including body flight, canopy flight, and tactical employment. He also trained and evaluated SEAL teams in surveillance techniques while working as an independent contractor. He was then approached by Augustine Consulting Inc where he worked for a year and a half as a government consultant. He continues to consult on security, training, and equipment design and employment.

Edwards is a lifetime member of the US Army Ranger Association and has been nominated for the Ranger Hall of Fame.

He has attended countless Special Operations and High Risk training courses over his two decades serving in the Army as an Infantry Master Sergeant.

Following the program, a reception for veterans is planned in City Hall.

The Chamber invites all veterans and their family members to ride in the parade on floats it prepares. Line-up begins at First Baptist Church from 8 until 9 a.m. The parade will begin at 9 a.m. and will end at City Hall where there will be a ceremony at Veterans Park.

Walkers, bikers, golf carts, trucks, trailers and floats also are welcome to join the parade. There is no charge for participation.