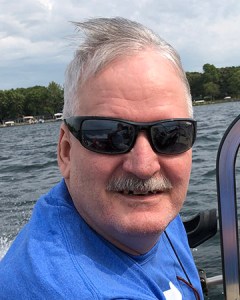 He was born in Lake Hurst, New Jersey, on June 18, 1961, to LeRoy and Karen (Hughes) Greiner. Mark attended school in George West, Texas, and was a member of St. George Catholic Church.

He was preceded in death by his daughter Amber Sue; parents, LeRoy and Karen; and brother-in-law, Joey Brookshire.

Funeral services will be announced at a later date.