Sami Abdul Fattah Assadi, beloved husband, father, brother, and friend, passed away peacefully in the company of his wife and daughter, late in the evening on October 29, 2022. 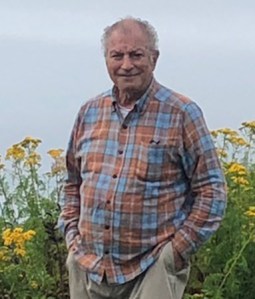 Born in Safed, Palestine in December of 1943, Sami saw too much war in his 78 years on our Earth. In the spring of 1948, when Sami was not yet five, he and his family became refugees of the Nakba, losing their hometown of centuries, and making their way by foot to Syria. Years later, Sami’s late, adored father, who was an engineer, secured income for his large family of 10 children in the then newly burgeoning country of Kuwait. When Sami turned 17, his father encouraged his eldest son to leave Kuwait for better opportunities and pursue a college education in Italy. Italy, in the 1960s and early 70s marked some of Sami’s happiest years. Though a proud Palestinian until the end of his life, Italy became Sami’s spiritual home. His face always brightened at the chance to speak Italian with strangers and it is the language he spoke on the last day he had the strength to utter words at all.

From Italy, Sami kept moving, again in pursuit of financial stability and economic opportunity which constantly alluded him as a refugee. In the mid-1970s, without any citizenship papers except a Document de Voyage issued to Palestinian refugees at the time, he found his way to New York City. In Manhattan, another homeland of his, he worked jobs ranging from shoe salesman to taxi driver, and most importantly, in a Tribeca bar in the fall of 1983, he met his wife Susan Gitenstein, a Jewish girl from Alabama. Because of the larger geopolitical implications of their marriage, their relationship inspired awe, bewilderment, praise, but sometimes also disdain as the strife between their peoples augmented over the decades. They had one daughter, the author, Hannah Lillith Assadi.

After New York City, Sami and Susan moved to Arizona, Sami’s final homeland. He loved the Sonoran Desert, the smell of it after the rain, the strange and beautiful saguaro cacti, and the people of Phoenix, who he always found kind, decent, and welcoming. He passed on to the next world from his desert home of over 30 years, longer than anywhere else he had lived in a life defined by displacement from the very beginning. He is survived by his wife of 40 years, Susan, his daughter Hannah, his son-in-law Jacob, his two granddaughters Aurelia and Ciel, his many brothers and sisters, and by the many people who came to love him and know him as a second father, a second brother, a most generous, hilarious, and beloved friend. May he rest in peace; الله يرحمه.

Funeral services will be held on Saturday, Nov. 5 in Alabama. If interested in attending, contact his wife Susan Assadi.

If you wish to donate to a cause Sami believed in, donate to Safed House, the organization he co-founded to give a voice to young refugees. More info available here: safedhouse.com and donations here https://www.safedhouse.com/donate/.