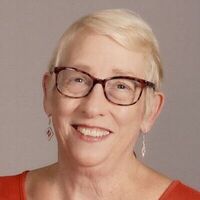 April was born in Atlanta on Jan. 11, 1946, and the daughter of the late Reuben and Curtis (Shaw) Sumner. She grew up in LaGrange, Georgia, and later attended the University of Florida. April briefly lived in New York City where she pursued her dream of singing and acting on stage and later moved back to Georgia where she met and eventually married her husband, Carroll.

April held many interesting and varied jobs throughout her life from selling insurance to being a mail carrier to working at a radio station to being a Mary Kay director where she worked her way up the ladder and earned several cars which she was so proud to drive.

Other than being anywhere with her family, the place that April was happiest was at the beach and could usually be found with a book in her hand. April also had a profound love of music from singing and living her dreams in New York City to being the choir director of a small-town church in Georgia. She was a church member at First United Methodist Church Andalusia where she previously was an enthusiastic member of the choir. We believe without a doubt she is now in heaven singing with the angels.

She is survived by her husband of 51 years, Carroll Mullis; her son, Carroll and wife Leigh; her daughter, Cathy and husband Jeff Mirenda; her son Curtis and wife Christina, and her eight grandchildren: Matthew, Lauren, Anna, Isabella, Aidan, Knox, Carter, and

Delaney. Anyone who knew April also knew about her children and grandchildren, she took any opportunity to share with friends about the lives and accomplishments of her family, whom she loved deeply. She often said that her family was her crowning achievement.

A memorial service to celebrate April’s life will be held at First United Methodist Church in Andalusia on Thursday, Nov. 10, at 11 a.m. The family invites anyone who would like to honor her memory to attend. There will also be a visitation at the church before the service at 10 a.m.

In lieu of flowers, donations may be made to the music department of The First United Methodist Church Andalusia, 403 East Three Notch Street, Andalusia, Alabama 36420 in memory of Mrs. Sylvia April Mullis.